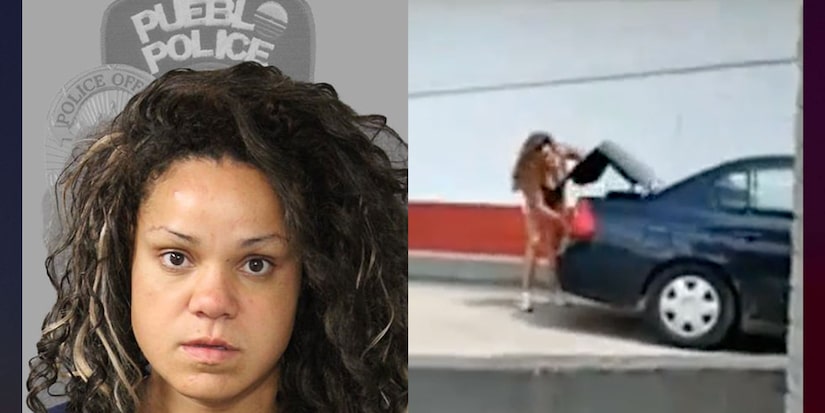 PUEBLO, Colo. (TCD) -- A homeless woman was arrested after a bystander recorded the suspect allegedly putting a small child into the trunk of her car this week.

Pueblo Police asked for the public’s help locating a woman suspected of abusing her child Wednesday afternoon, Aug. 4, after the woman was seen “forcefully placing her 5-year-old male child in the trunk of there vehicle.”

Officers responded to the 1900 block of N. Norwood Ave. at about 2:20 p.m. Wednesday to investigate the report of a child forced into a car trunk.

The woman was identified as 33-year-old Chelsea Trujillo. Police said Trujillo and the child are homeless. They had last been seen in a mid-2000s Chevrolet Malibu without license plates.

Thursday afternoon, Pueblo Police announced officers located Trujillo and her 5-year-old son. Trujillo was arrested for child abuse and a violation of a restraining order and held in the Pueblo County Jail.

KRDO reports the car was found at East 12th Street and Trujillo and the child were found in the same area.

The child was in the care of Colorado’s Dept. of Human Services, KOAA-TV reports.