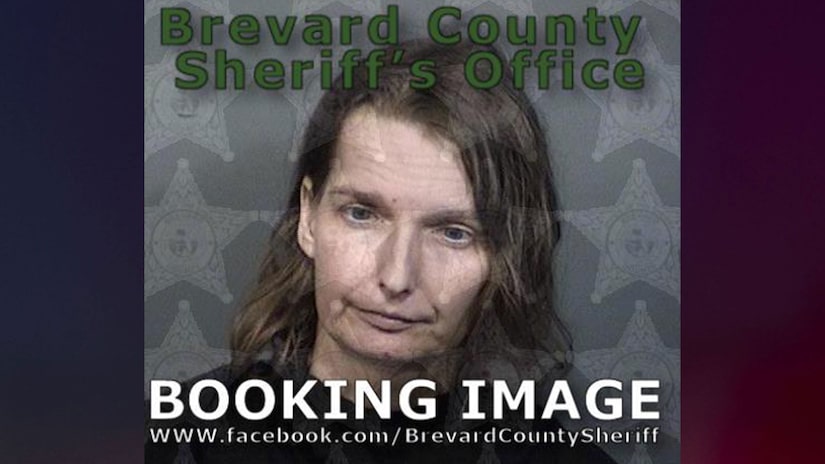 A 43-year-old Brevard County woman was arrested Sunday morning for allegedly keeping a severely autistic girl in a wooden and metal cage.

The Palm Bay Police probable cause affidavit filed with the Brevard County Clerk of the Circuit Court shows Melissa Doss was taken into custody on three counts of child neglect without great bodily harm and one count of aggravated child abuse.

According to the probable cause affidavit, Palm Bay Police responded to a residence in the area of the 400 block of Fillmore Ave. NE at about 9:50 p.m. on Saturday, July 24.

A neighbor and his wife reportedly heard noises in their back yard.

They saw a "young juvenile child hovering on top of his back yard privacy fence." The girl made it down the fence and into the screened-in portion of the couple's back patio, police said.

The responding officer said he "quickly discovered the female juvenile was non-verbal with a disability."

The officer knocked on the house where the girl had come from, but no one answered the door. Police said Melissa Doss was seen climbing over the back yard fence, and she then met officers at the front door. She said she was unaware the girl, who has autism, had gotten out of the house. Doss refused to let officers inside to inspect the house for environmental hazards, police said.

At 11:30 p.m., the same officer returned to the residence on another call regarding the girl running away again.

Doss told officers she was at the "end of her rope." When officers asked to look inside her residence, Doss refused, saying: "If you saw the inside of my residence, DCF would take [the child]."

At about 2:51 a.m. Sunday, police returned with Florida Department of Children and Families personnel, and Doss allowed them entry. The "smell of urine and feces was strongly present."

Police said there was "trash, bugs of all kinds, spiders and flies, scattered throughout the house," and none of the bathrooms worked.

Officers found a homemade cage made of metal and wood large enough to fit a twin-size mattress in one of the bedrooms, with a blanket and pillow in the cage.

Another resident in the house told officers Doss "shuts and traps" the autistic girl in the cag at night to keep her in the house. The resident said in the mornings, the girl screams until Doss lets her out.

Palm Bay Police Department Lt. Jeff Spears told Florida Today: "The detective investigating the case said that it would have been better and more sanitary for the children to sleep outside than to stay in the home.

Melissa Doss was arrested at about 5:30 a.m. Sunday and charged with three counts of child neglect without great bodily harm and one count of aggravated child abuse.

According to Florida Today, Doss reportedly had neglect allegations against her in 2018.

Doss was booked into the Brevard County Jail and her bond was set at $22,500.

Doss's relationship to the girl was not disclosed by police.