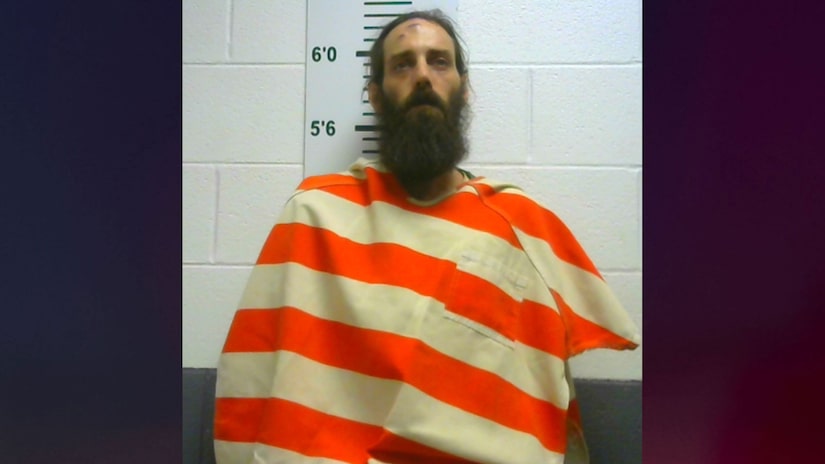 A missing 6-year-old girl was found and her father was arrested after a sheriff’s bloodhound located the two in a barricaded outbuilding in rural Tennessee last week.

Kinzleigh Reeder, 6, had last been seen by family members on May 26, according to the DeKalb County Sheriff's Office.

Nicholas Reeder, 34, had custody of his 6-year-old daughter, Kinzleigh Reeder, until March this year.

In the early morning hours of March 18, authorities found Nicholas and Kinzleigh camped underneath a bridge at Dry Creek and Pea Ridge roads in unincorporated DeKalb County.

The DeKalb County Sheriff’s Office said Nicholas Reeder had driven his Nissan Rogue into a creek bed and got stuck during heavy rain, with the creek flooding.

WJLE Radio reports a passerby saw the Rogue under the bridge between 1 and 2 a.m. on March 18, and reported Nicholas and Kinzleigh were underneath the bridge.

Nicholas Reeder told a responding officer that they had intended to camp at the location, where he had set up a campsite, WJLE Radio reports.

Reeder and his daughter had gone to get groceries and supplies, then returned and got stuck in the SUV in the creek bed. Reeder, whose residence is in the area, reportedly told the deputy they still intended to stay the night there, according to WJLE. They were reportedly forced to leave, and Reeder was arrested.

Reeder was charged with child abuse and neglect, and a family member took temporary custody of Kinzleigh through the Department of Children’s Services.

Reeder was released from jail, and received permission by DCS to “live in the same home where Kenzleigh [sic] was staying,” the sheriff’s office said.

The Tennessee Department of Children Services was granted custody of Kinzleigh through a court order on June 16, but DCS was unable to find the girl.

Kinsleigh had last been seen by a family member on May 26.

The door was barricaded and metal was covering up the windows, the DeKalb Sheriff’s Office said, and deputies had to make forcible entry into the outbuilding.

There was no ventilation or air-conditioning in the small outbuilding, and there was barely any food or water. A 5-gallon bucket had been used by the father and daughter as a toilet, the sheriff’s office said.

Nicholas Reeder was arrested for child abuse and neglect, failure to appear, and custodial interference and was held on $175,000 bond.

Kinzleigh Reeder was taken into the custody of the Tennessee Department of Children’s Services.

The DeKalb County Sheriff’s Office said airplanes equipped with thermal imaging and drones had been used in the search for the girl in the Pea Ridge area.