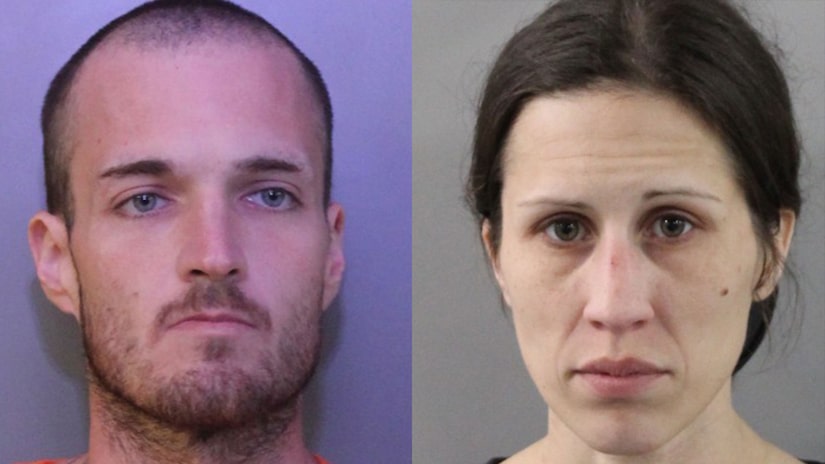 A Florida couple was arrested Monday morning when they allegedly attempted to evade police by jumping a fence into a property -- the Haines City mayor's house.

According to WFLA-TV, Matthew Swett and his girlfriend, Kaila Ellig, were in their car near a construction site at around 2 a.m. Monday. Swett allegedly accelerated and struck a Haines City police officer's patrol car.

Another officer witnessed the incident and pursued the vehicle. Swett and Ellig's vehicle reportedly ran into a ditch. The pursuing officer deployed his K-9 police dog.

Swett allegedly got back in the car and drove in reverse, missing the officer and the dog.

Swett and Ellig reportedly drove off and crashed at Prado Grande Avenue and Old Polk City Road, according to WFLA. They got out of the car, which later caught on fire, and ran away.

Ellig and Swett allegedly climbed a fence and cut a hole in a section of a screened-in porch belonging to the city's mayor, Morris West.

Officers arrived, and the K-9 police dog bit Swett on his leg after he reportedly ignored officers' instructions.

Officers said they found a knife and prescription drugs not registered to Swett on his person.

Matthew Swett and Kaila Ellig were then taken into custody without incident and booked in the Polk County Jail.

Swett was charged with armed burglary, two counts of battery on a law enforcement officer, use of a deadly weapon on a police K-9, fleeing with attempt to elude, possession of buprenorphine, unregistered motor vehicle, driving with a suspended or revoked license, and resisting an officer without violence.

Ellig was charged with resisting an officer without violence and burglary of an occupied structure.

Mayor West told WFLA: "They picked the wrong house. That was my house. Out of the 28,000 people we have here, they picked the mayor’s house, what are the chances of that?" 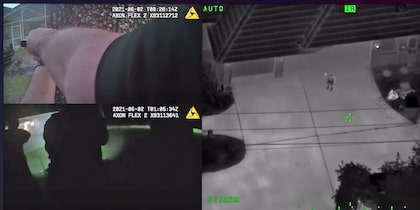 Florida runaways, 14 and 12, captured after shootout with sheriff’s deputies