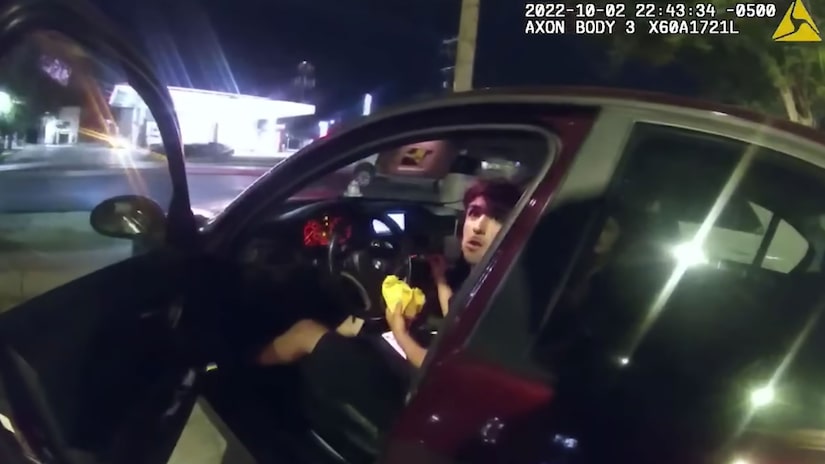 SAN ANTONIO (TCD) -- An officer with the San Antonio Police Department who has since been fired faces criminal charges after he reportedly shot a teen who was eating a hamburger in his car.

According to Campos, an officer, later identified as James Brennand, responded to a disturbance at a McDonald’s on the 11700 block of Blanco Road at approximately 10:45 p.m. While speaking with witnesses at the restaurant about the disturbance, he reportedly "noticed a vehicle that had evaded him the day before" during a traffic stop. Brennand reportedly believed the car had been stolen, and Brennand called for cover.

The car was reportedly "not the subject of the disturbance call."

Four other officers arrived to provide backup. Brennand allegedly opened the victim’s car and ordered him out of the car. Body cam footage shows the victim, 17-year-old Erik Cantu, eating a hamburger in the driver’s seat.

Cantu put the car in reverse while the driver’s door was still open, and the door hit Brennand as Cantu tried to drive away. Brennand opened fire on Cantu’s car and ran after it as Cantu drove off.

Officers reportedly found Cantu’s car a block away, but neither he nor his 17-year-old female passenger in the car was inside.

Campos said Brennand was terminated from his job at the San Antonio Police Department after officials reviewed the footage. He had reportedly been on the force for seven months.

Cantu was initially charged with evading with a vehicle and aggravated assault. Bexar County District Attorney Joe Gonzales, however, announced he was dropping the charges against Cantu as his office continues to investigate.

WOAI-TV reports Brennand turned himself in and was arrested Tuesday, Oct. 11. Bexar County records show he has been charged with two counts of aggravated assault by a public servant, and he was released on bond Oct. 12.

According to WOAI, San Antonio Police Chief William McManus said, "This was a failure for one individual police officer."

Cantu’s attorney, Brian Powers, reportedly released a statement on behalf of the family thanking everyone for their support and said the teen is "still unconscious and is on life support."

The statement said, "The last two days have been difficult and we expect more difficulty ahead, but we remain hopeful. We’d like to correct any misrepresentations that Erik is in 'stable condition' or he is 'going to be fine.' That is not true. Every breath is a struggle for Erik."