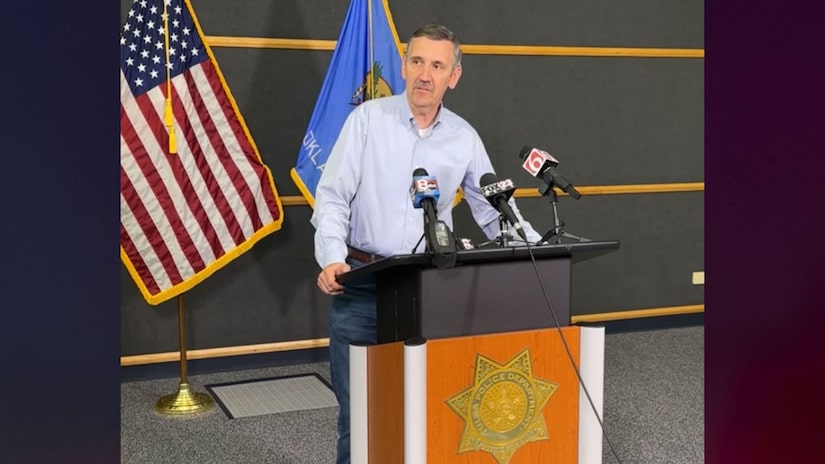 TULSA, Okla. (TCD) -- The Tulsa County district attorney was reportedly stabbed Tuesday night during an argument with his daughter.

On Sept. 27, the Tulsa Police Department tweeted that officers responded to a stabbing call involving District Attorney Steve Kunzweiler. He and his daughter were transported to a nearby hospital for treatment, and his daughter, Jennifer Kunzweiler, was arrested.

KTUL-TV reports Steve and Jennifer were allegedly having an argument at their home near East 121st Street and South Yale Avenue when he was stabbed.

He said in a statement following the stabbing, "Unfortunately today, I found myself in a situation that I hoped would never happen. Fortunately, my injuries are such that I was able to go home. Thank you to everyone who expressed concern for me and my family."

Tulsa Police said Jennifer is in custody and police are "guarding her at the hospital while she recovers from self-inflicted wounds."

On Wednesday, Sept. 28, Kunzweiler gave a nearly 10-minute speech about the need for mental health awareness both in Oklahoma and in the United States. He said he was "a little sore" and mentioned he "got some staples" but is overall feeling "fine."

Kunzweiler noted his office will not handle the case.

Kunzweiler got choked up during some parts of his speech, including when he shared, "Many families like ours have endured years of anxious concerns for our affected loved ones. No one, no one wants to be mentally ill."

The district attorney also talked about the "exploding mental health crisis in our population" and said he felt the system was eroding.

At the end of his speech, Kunzweiler said, "Stop putting a Band-Aid on a gaping wound. Find a way to resource this problem."