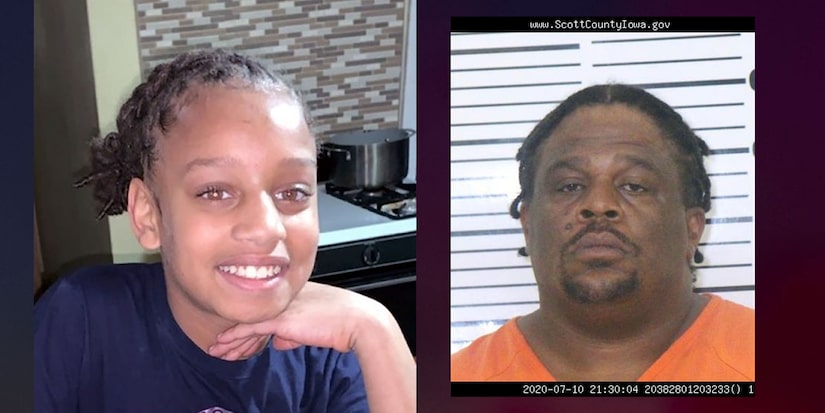 A person of interest in the disappearance and death of a 10-year-old Iowa girl was charged with murder and kidnapping Wednesday.

Breasia Terrell, 10, was reported missing to the Davenport Police Department on July 10, 2020.  Davenport Police, the Iowa Division of Criminal Investigation and the FBI have been investigating since.

Human remains found on March 22, 2021, in DeWitt, Iowa, were positively identified as Terrell. A fisherman found the girl’s remains in a pond in a rural area. The death was investigated as a homicide.

Terrell had last been seen alive going to spend the night with her half-brother at the boy’s father’s Davenport residence. The father, Henry Dinkins, was named a person of interest in the case early on.

Dinkins was already in custody on other charges.