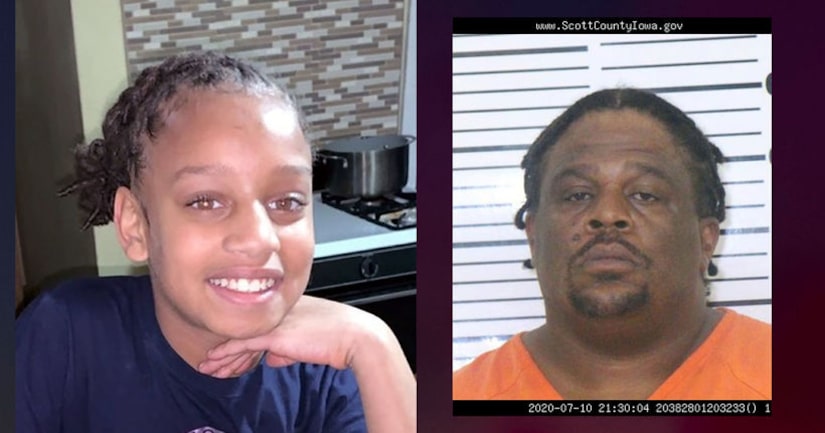 PRINCETON, Ill. (WQAD) -- Henry Earl Dinkins, the man Davenport Police have named as a person of interest in the disappearance of 10-year-old Breasia Terrell, is wanted in Illinois on meth-trafficking charges.

Dinkins, 47, was held at the Scott County Jail in Iowa on a sex-offender registry violation charge and parole violation. He is also wanted in Bureau County, Illinois on two counts of manufacturing and delivering more than two pounds of meth.

WQAD reports Breasia was reported missing July 10, after going to spend the previous night at an apartment with her half-brother and his father, Henry Dinkins.

The Des Moines Register reports that five days later, an Amber Alert was issued, prompting Terrell's family to ask why it took so long.

The FBI Omaha Field Office said Breasia Terrell was last seen in the early hours of July 10, 2020, in the 2700 Block of 53rd Street in Davenport, Iowa, wearing a white T-shirt, shorts and white or pink flip-flops.

The Davenport Police Dept. said the FBI and Quad Cities Crime Stoppers have a combined reward of $13,500 for information that leads to locating Terrell, or the arrest of anyone involved in her disappearance. Anyone with information should call Davenport Police at (563) 326-6125, or submit a tip to https://tips.fbi.gov/. 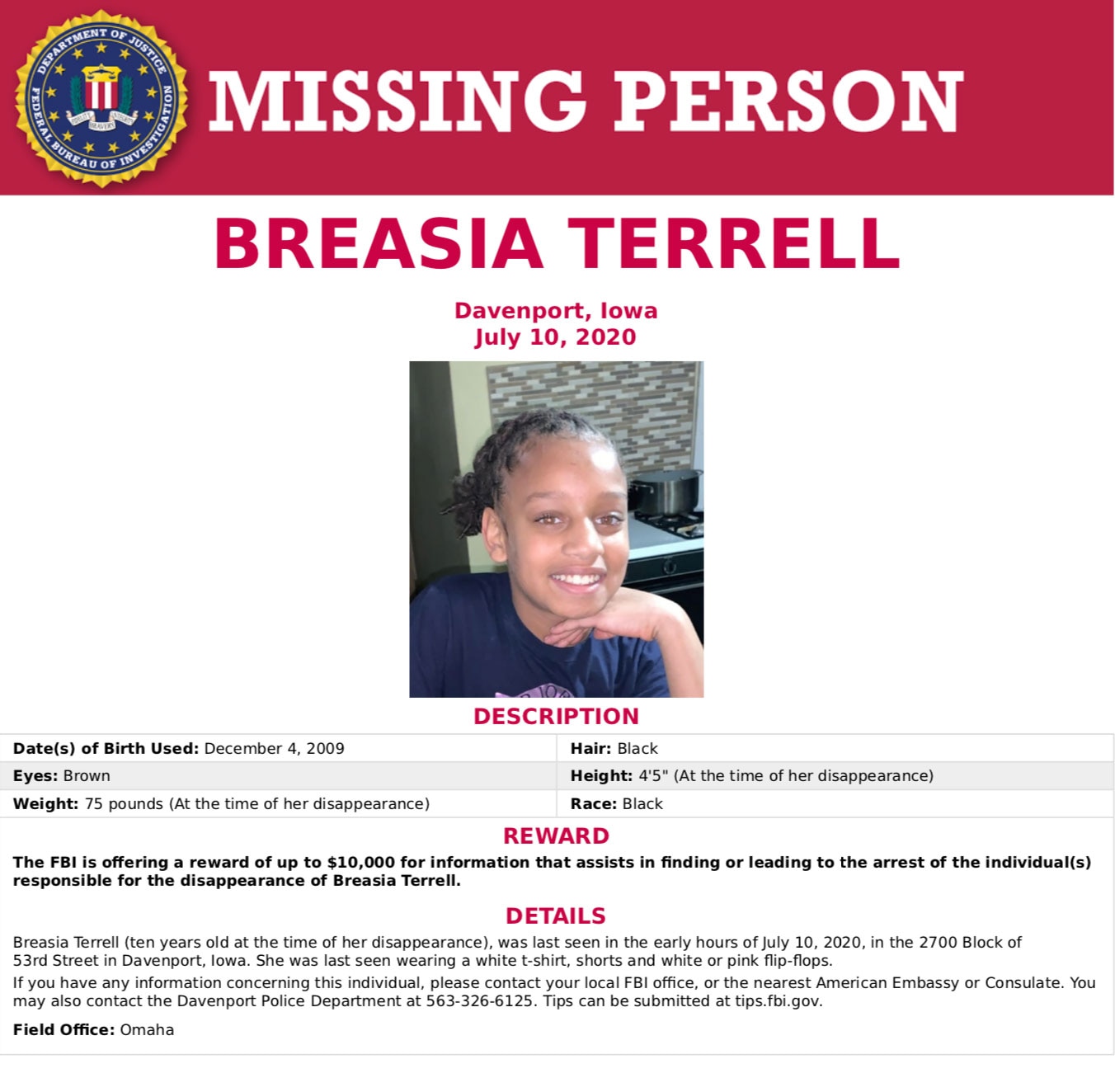 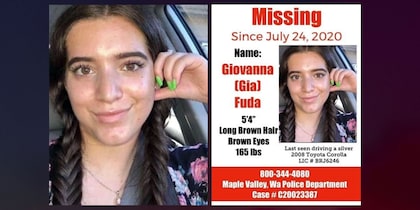