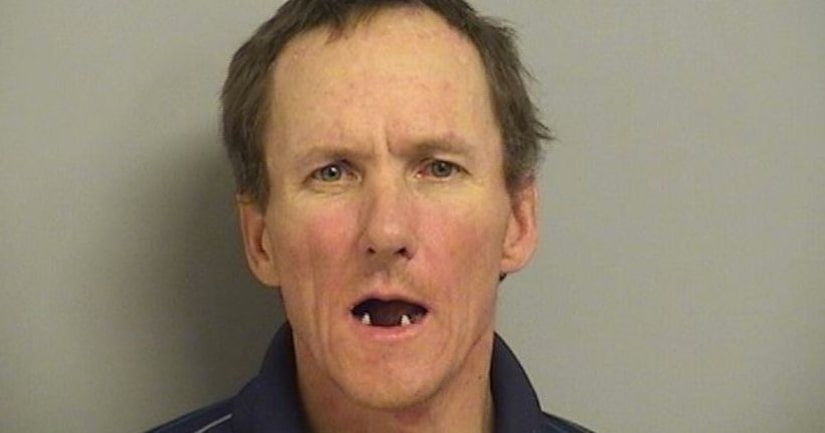 TULSA, Okla. (KFOR) -- A man was arrested after he allegedly tried to break into a woman's Tulsa apartment using potted plants.

The incident happened last week when a woman heard a knock at her front door.

FOX 23 reports a man at the door asked to use the woman's phone, but she told the man she did not feel comfortable doing that and then closed her door, locking it.

That's when the woman heard banging and the glass shattering, so she hid in a closet and called 911.

When police arrived, they found Larry Teague on the porch, which was covered in broken glass and pots.