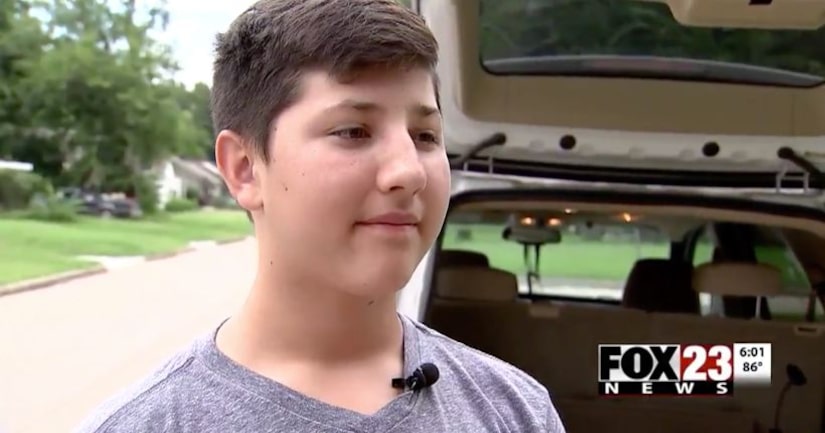 TULSA, Okla. (KFOR) -- A toddler is safe after being locked in a hot car in Tulsa on Tuesday thanks to the quick actions of a 12-year-old boy.

Ben Theriot and his mom, Nikki Fields, were about to shop for shoes when they heard a baby screaming and yelling.

Fields found the 2-year-old boy locked in the backseat of a vehicle.

“I just got on the phone, I yelled for him to find anything in my car,” Fields said.

Theriot found a ratchet strap in his mom's car and got to work.

That's when he moved to the front windshield and an employee from a store brought out a part of a clothing rack.

“I swung it over my shoulder, hit it right in the center. And then I hit it a couple more times and then I climbed on the windshield,” recalled Theriot. “I stomped on it and then it cracked pretty badly again. Then, the lady went and grabbed that hanger thing and then I put the hook into the windshield and pulled it out. And then I unlocked it.”

Police say the toddler was red-faced and upset, but did not have to go to a hospital.

Authorities found the mother shopping in ROSS and issued her a $250 ticket.