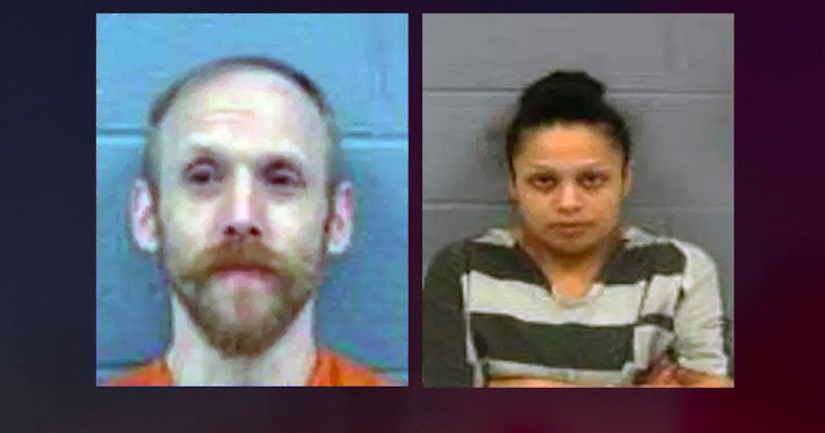 CLAREMORE, Okla. (KFOR) -- An Oklahoma couple has been arrested after an infant tested positive for amphetamines.

According to The Claremore Daily Progress, Claremore Police Department investigators responded to a hospital in Tulsa after they were told about an infant who tested positive for amphetamines.

When police arrived at the hospital, they spoke with Jared and Kyley Spears, the infant's parents.

Jared allegedly told officials the 5-month-old infant “started jerking and twitching” before the baby was taken to the hospital.

Police served a search warrant on the their home and reportedly found “loaded syringes and methamphetamine on the master bed where Jared Spears and the infant slept the night before going to the hospital.”

“There were dirty baby bottles lying on the bed surrounded by drugs, drug paraphernalia, sex toys and at least one uncapped loaded syringe,” said investigators, according to The Claremore Daily Progress. “There were no caps on the baby bottles and some of the nipples were touching the heavily-stained bare mattress.”

Kyley allegedly said “she knew the home was not a safe place for [the infant] but she allowed him to stay there because she did not want him to be without his dad.”