In Ohio, some residents are wondering if the same killer is targeting young women in and around the city of Columbus.

Two young women savagely murdered and dumped. Each victim leaves two young daughters behind. Do they share the same killer?

Danielle Greene was born on the Fourth of July. Her father Scott Greene tells Crime Watch Daily his daughter was always a firecracker. Her feisty childhood spirit served Danielle well over the years, fueling her determination and drive.

"She wanted to be a veterinarian," said Scott Greene. "She had a heart of gold. She'd do anything for anybody."

That's why Scott can't imagine why anyone would want to hurt his little girl.

"It's like a nightmare that I live every day, I can't wake up from it," said Scott.

When Sgt. Collins and his team of investigators get to the scene, they confirm the worst.

"We did have human remains laying by a creek roughly 200, 250 yards off the roadway," said Collins.

It's the corpse of 25-year-old Danielle Greene.

As family members struggle for answers, detectives wonder if Danielle's death could be connected to the murder of another young woman, 30-year-old Lindsey Maccabee. Cops discovered her body just a month before they found Danielle's only 15 miles away.

"Essentially we had a body roughly 25 yards off the roadway in a already-cut cornfield, fully visible from the roadway," said Sgt. Collins. "The body had been deceased within a 24-hour time period."

"I was at home and the sheriffs came to our door and told us they found a body naked, bled out, severely beaten," said Darrell Stewart.

Investigators now believe there could be a connection between the murders of Lindsey Maccabee and Danielle Greene.

"Both bodies were within proximity to County Road 17, which is Pleasantville Road, which runs essentially halfway across the county," Sgt. Collins tells Crime Watch Daily.

Could it be possible they were both dumped on the same night?

But the similarities are too chilling to ignore. Both women were from the same area of Columbus. Each woman had two little girls. And the biggest shocker: Lindsey and Danielle were friends. In fact, they lived together in the same house.

"I wish we had the answers on even the type of person or the M.O. or anything that would give us that little piece of information we need to keep going on this," Sgt. Collins.

"Wish somebody would've seen something. Anything," said Darrell Stewart.

Detectives took Lindsey Maccabee's mother and brother and Crime Watch Daily back to where they found her body. There's a railroad crossing right there. Anyone who was going to be pulling up would be slowing down. Do investigators think the suspect wanted Lindsey to be found?

And less than a dozen miles away, we're with Danielle's dad when cops show him where they found his daughter.

Do investigators think the killer could have known the area?

"I think so. I think so. Generally, these things aren't random," said Sgt. Collins.

Detectives don't know who may have killed the young women, or why.

Danielle's dad Scott Greene took us back to those streets where his daughter lived.

Scott and Crime Watch Daily went door to door looking for any piece of critical information. As we dug deeper, many pointed us in the direction of one particular place, a safe house for women.

Crime Watch Daily went to south Columbus, where both Danielle and Lindsey lived together at a home that had the nickname "The Home for Lost Children."

From inside the home comes Sieara Phillips, who says she was best friends with Lindsey and Danielle and lived with them at the Home for Lost Children. Does she think the same guy killed both girls?

"I do," said Sieara [* see below for full exclusive interview]. "Lindsey and Danielle was probably both together when they both got killed."

And Sieara takes it one chilling step further: she believes Lindsey and Danielle may have even known their killer.

"I feel in my heart, I think we passed this guy, he's close to us and he could be our next-door neighbor, we don't know," said Siearra.

Back at the Fairfield County Sheriff's Department, detectives are listing names. Now residents fear a serial killer could be living among them.

Lindsey's brother hopes someone somewhere will see this story and come forward with the information that brings his sister's killer to justice. And Danielle's heartbroken dad won't rest until they find the monster who viciously murdered his daughter.

If you know anything about the deaths of Lindsey Maccabee or Danielle Greene, submit a tip to the Fairfield County Sheriff's Office at (740) 652-7339. 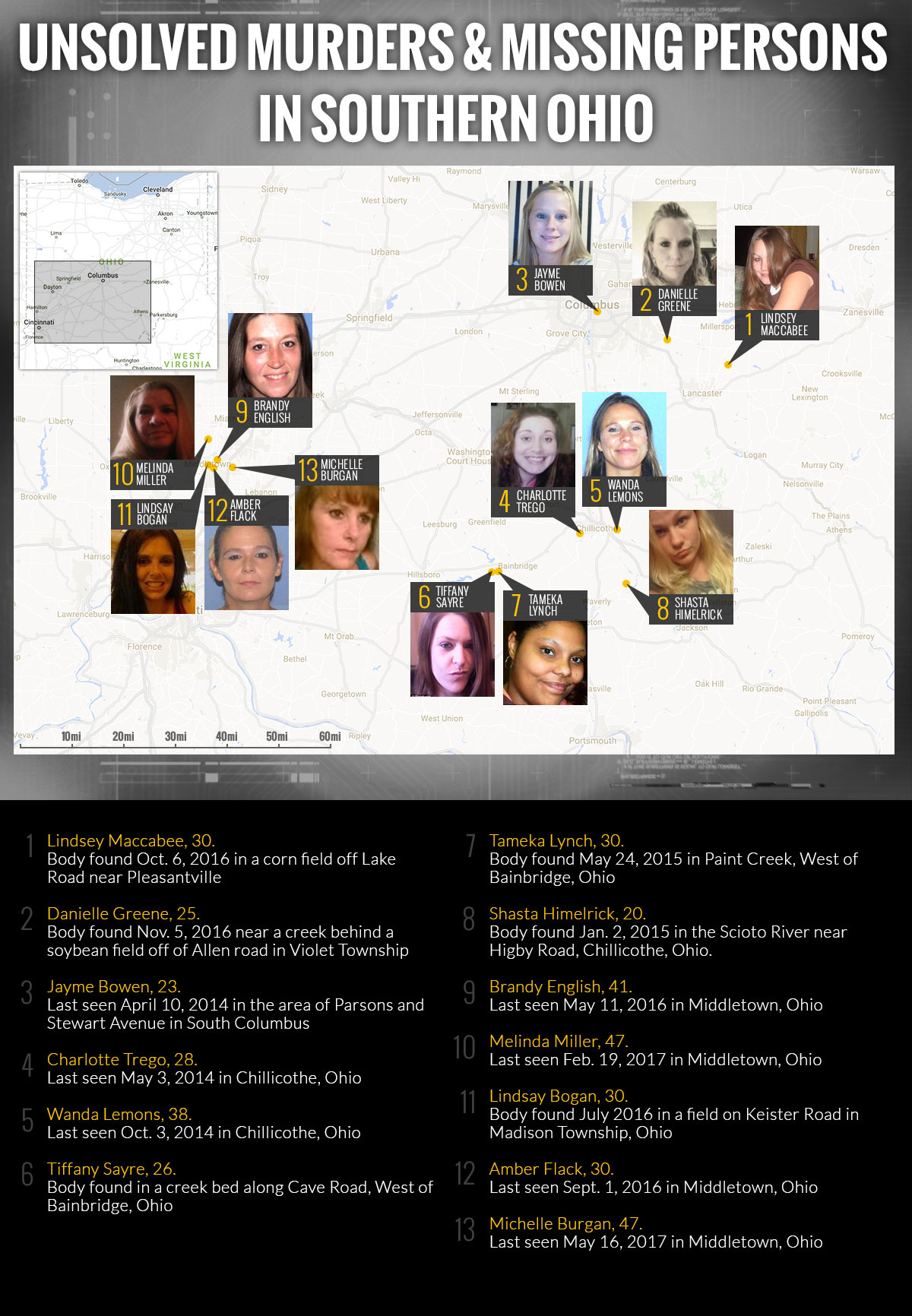 * Extended interview with Sieara Phillips, who was best friends with victims Lindsey and Danielle, and also lived with each for a time at the “Home for Lost Children.”