Seth Rich, a 27-year-old staffer for the Democratic National Committee, was shot in the back in the early morning hours of July 10, 2016.

"It appears he was targeted," said D.C. Police Captain Anthony Haythe. "He was shot multiple times."

Seth was shot at 4:19 in the morning, just two minutes after hanging up with his girlfriend, Kelsey Mulka.

"We were on the phone just wrapping up our conversation, he had kind of told me that he was getting close to his house," said Mulka.

Seth's grieving girlfriend is speaking out for the very first time since his murder. They had dated for two years.

"There really aren't -- no words -- that can accurately express how devastating and horrific it is to bury someone that you love," said Mulka.

Although there are pockets of darkness, for the most part this neighborhood is pretty well-lit. Investigators tell Crime Watch Daily in the early morning hours of July 10, Seth was walking home. He was only about a block and a half away from home when he was gunned down, shot in the back.

"The officers who were there and they said 'Yeah, he was quite talkative, he did not realize he had been shot,'" said Joel Rich, Seth's father.

But an hour and a half later at a nearby hospital, Seth was pronounced dead.

Heartbreaking news to Kelsey Mulka. She was just on the phone with him, and in a split-second he was gone. Now Mulka is breaking news in our exclusive interview, revealing details, telling Crime Watch Daily there was no sign of trouble in his voice that terrible morning.

Still reeling from Seth's death, Kelsey is horrified to discover that the story of a conspiracy theory is swirling around his death. It all began on Dutch television. The founder of Wikileaks, Julian Assange, made a shocking assertion.

ASSANGE: There's a 27-year-old that works for the DNC who was shot in the back, murdered.

ANCHOR: That was just a robbery, I believe wasn't it?

ASSANGE: No, there's no finding.

ANCHOR: What are you suggesting?

Assange suggested Seth Rich may have become a target after being accused of leaking DNC emails, which led to the resignation of its chairwoman Debbie Wasserman Schultz.

"All those lies that are being bandied about in the news are just that, and the reason that nobody close to him has refuted them is because there's no reason to," said Cass-Antony. "Because he spoke for himself. Because anybody who knows him knows how good of a person he was, knows how much he cared for the DNC and for where he worked and how much he believed in his cause."

But it's not just those close to Seth who adamantly deny those shocking claims. The police department in D.C. doesn't buy it either. The Metropolitan Police Department of the District of Columbia released an official statement which reads, in part:

"At this time, there is no indication that Seth Rich's death is connected to his employment at the DNC." -- Metro DC Police

And just the suggestion of Seth's shooting being a political hit has his parents outraged.

Seth's mom and dad want to set the record straight about the character of their beloved son, and disclose details of this case only to Crime Watch Daily.

"He had just found out he was going to go to work for the Clinton campaign doing data analysis and helping getting people out to vote," said

Seth's parents say he got the offer but tragically never had the chance to accept. They found the beginnings of his letter of acceptance in a draft email on his computer. Seth had only typed two lines, and his parents are sharing it with us.

"'All my life I wanted to be in a position that I can make a difference.' That resonates with me because that is the heart of what my son would have said, and working on Hillary's campaign, he would be making a difference," said Mary Rich, Seth's mother.

Police suspect Seth's murder is connected to a recent rash of robberies.

But investigators go on record to confirm that Seth still had his wallet, watch and phone when he was discovered shot in the street.

"I heard there was a bunch of robberies lately by a man with a silver gun in the area," said Joseph Capone, general manager of Lou's City Bar.

"He was here just by himself that night, and even asked him if he wanted to stick around and get a ride home," said Capone. "He was like 'No, I'm going to go somewhere else and then I'll go home.'"

"He was a great guy, personable, always there to kind of brighten up your day, even though that was our job as bartenders, just to make the customers happy. Seth would see if we're not happy, he would just like try to cheer us up a little bit," said Capone.

Seth Rich seemed to be friends with everybody, but he would stand up to anybody for what's right.

While police can't confirm if there was a struggle before Seth's murder, everyone seems to agree on Seth's fighting spirit.

Born and bred in Omaha, Nebraska, Seth slept with an American flag over his bed.

He even had eyes on the ultimate D.C. prize: the White House, a place he took his girlfriend, Kelsey Mulka, on their first date. 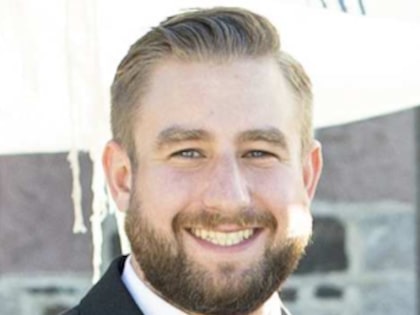