Faith Hedgepeth was a beautiful young woman, a promising student much loved by her family and her Native American Haliwa-Saponi tribe in North Carolina.

At 19 years old, Faith was aiming to be the first of her family to graduate college.

She lived in an off-campus apartment near the University of North Carolina in Chapel Hill.

She dreamed of becoming a doctor, but she never made it.

Faith was brutally murdered on Sept. 7, 2012, in the apartment she shared with a friend by a killer who is still on the loose. And after three years this case is still shrouded in mystery leaving lots of questions and plenty of theories. It is one of the most horrific crimes in the history of this college town.

"It's very, very hard learning of how Faith died," said Rolanda Hedgepeth, Faith's sister. "She was beaten, she was bludgeoned to death. A lot of people don't understand what that means, but it was really bad."

For Faith Hedgepeth, it began as a typical busy day of classes on the UNC campus. First a stint at the library with her friend and roommate Karena Rosario, and then off to the local hangout just after midnight, a club called The Thrill. The two friends stayed until closing time.

They met up with a bunch of guys, they were dancing, but then at one point Karena Rosario says she doesn't feel good. She says she has a stomach ache so they go home back to their apartment. The two arrive back at their apartment at about 2:30 a.m.

Karena was sick from drinking a bit too much. Faith helps her and then falls asleep on the bed. Two hours later Karena is picked up by a friend and leaves Faith alone in the apartment.

But when she returns at about 11 a.m., the place has been transformed into a bloodbath. Karena dials 911, and police soon arrive at the horrific scene.

They find Faith lying face up, her head halfway off the bed with pool of blood underneath her head. She's naked from the waist down and she has a black T-shirt that's pulled up over her head.

Detectives begin the painstaking task of securing the crime scene.

But weeks and months and finally years go by with no resolution, and with police keeping the investigation tightly under wraps, the unsolved murder draws national attention, with journalists clamoring for the release of more information.

A $40,000 reward is announced for information leading to the arrest and conviction of her killer or killers.

Nearly two years after her unsolved killing, police released new documents including a mysterious item found at the crime scene next to her body.

In the days following Faith's shocking murder, police are hard at work looking at every possible person of interest in the case.

According to police reports evidence from the murder scene indicates that Faith may well also have been sexually assaulted.

One of the many people police questioned was Eriq Takoy Jones. Jones is a former boyfriend of Faith's roommate, Karena Rosario, and an aspiring rap artist. According to police, the relationship between Eriq and Karena was deeply troubled in the weeks preceding Faith's murder. Police learned that a restraining order was actually issued against Eriq by Karena in July that year. The basis of that restraining order was a domestic assault. He had reportedly kicked two doors in the apartment off their frames, and as part of the investigation, they received several accounts of Karena being seen with visible injuries to her body that were reportedly inflicted by this boyfriend.

Faith reached out to help her friend and roommate during her difficult times with Eriq.

"Faith took Karena to take out a restraining order," said Roland Hedgepeth, Faith's father. "I think that very possibly Takoy may have had some ill feelings toward Faith for doing that."

And shortly before Faith's murder Eriq Takoy Jones posted a disturbing message on his Facebook page: "Dear Lord. Forgive me for all of my sins and the sins I may commit today. Protect me from the girls who don't deserve me and the ones who wish me dead today."

The day after Faith was found dead, someone had called up the Chapel Hill Police Department and said they were a former roommate of Faith's. The former roommate stated that Hedgepeth told her that Karena's boyfriend hated her [Hedgepeth] and told her that he was going to kill her if Rosario did not get back together with him.

Eriq willingly cooperates with police and his apartment and car are searched for evidence. His DNA was tested and cleared.

He comes up clean on all counts. But he has declined to speak with Crime Watch Daily.

Many other young men are tested for DNA. Some of them were at The Thrill nightclub the same time as Faith and Karena on the night of the murder. But no match was found.

Complying with a Freedom of Information request, police finally release a trove of documents, many of them redacted with names blacked out.

The Chapel Hill Police Department has declined any interviews with Crime Watch Daily, making only a general appeal to the public and to the killer.

But what is most disturbing to the family is not what they find in the new information but what is missing.

The police report says that Karena Rosario was with another young woman named Marisol Rangel when she discovered Faith's body. But the 911 operator seems to believe that Karena is alone in the room.

Karena Rosario and Marisol Rangel did not respond to a Crime Watch Daily request for an interview to help clear things up.

Mixed in with the stack of documents released by police is one that can only be described as a bombshell.

Of all the evidence released in the murder of Faith Hedgepeth, it is by far the most shocking and mysterious. Hateful words of spite and rage scrawled on a crumpled paper bag reading: "I'm not stupid bitch jealous." The note has been in the possession of the Chapel Hill Police Department for three years. They are not saying if they ever had the handwriting analyzed.

But at Crime Watch Daily we found an expert to examine it.

Peggy Walla is a forensic handwriting examiner and private investigator. She has given evidence in nearly two-dozen court appearances and has examined handwriting in thousands of cases.

"What struck me was how clean the document is. The crime scene was pretty bloody. And there's nothing on this document," said Walla. "Looking at it, I would get the impression it was either written outside of the crime scene, or it was written before, like a premeditation. The writing also indicates that it's written with what we call 'disguise.' The writing was more or less written with a non-dominant hand.

Peggy says that handwriting analysis cannot determine things like gender or age. But it can answer some questions about the writer.

"When I look at block letters the writer distances themselves from authority, it is all about themselves," said Walla. "It's 'me, me, me' - even at the cost of someone else."

She goes over the note letter by letter, word by word.

"The word and sentence phrase 'I'm not stupid' is a hot push-button factor," said Walla. "That's probably the most important thing said. This was a jealous person who was called 'stupid.' The person that said it who is now deceased has no way of repeating this person is stupid, which is another way to shut them up.

"That word really, really bothers that person," said Walla. "Personally while interviewing this person I would use that word constantly, constantly, and you would get this person to unload on you."

Crime Watch Daily has obtained an audio recording of what may be the final moments of Faith Hedgepeth's life. It's from a voicemail she left for a friend. It looks very much like a pocket-dial that could blow the murder case wide open. Police have had the recording for more than three years, but won't say if it's been analyzed.

"I've worked on hundreds, if not thousands, of cases where people have pocket-dialed somebody," said West.

Equipped with state-of-the-art software and years of experience, West has gone over every millisecond of Faith's voicemail for Crime Watch Daily.

"If you can peel back those layers of noise, you start to get a better picture of the dialogue that is contained, stuff that starts to make a little more sense," said West.

West makes some explosive claims about what he hears on this voicemail that cannot be independently verified by Crime Watch Daily.

"I hear what I believe is Miss Hedgepeth's cries for help," said West.

"You can hear her emotive voice, the tone of her voice, is clearly in pain," said West. "And right there, she says 'Let me go.'

"You can clearly hear what I believe is Faith pleading. She's being hurt, being attacked," said West.

"I hear the name 'Eric' clearly. I hear the name 'Rosie' clearly," said West. "Very confident. I would never put it in a transcript if I wasn't absolutely convinced that that's what's being said.

But there's one big problem: the timeline. Police say Hedgepeth was killed after 4:30 a.m. The date-stamp on the voicemail is 1:23 a.m., approximately three hours prior.

Arlo West says the discrepancy comes from a known software glitch with certain phones at the time.

"IPhones were inherently problematic with time-stamping, it's a known issue," said West. "It existed at that timeframe."

Despite the issue with the timeline, Chapel Hill Police did contact Arlo West and asked him to send over what he had found.

"If it is Faith being murdered, and captured in this recording, which I think it is, this is pivotal," said West. "It should be able to solve this case."

Crime Watch Daily did reach out to the Chapel Hill Police Dept. for an on-camera comment for our story -- they declined. We do know a new lead investigator has now taken on the case, which we will of course follow closely and bring you any developments.

If you have any information about the murder of Faith Hedgepeth, you can submit a tip to Crime Stoppers in North Carolina , or call (919) 942-7515.

The case remains open and the investigation is ongoing. No suspects have been named and no one has been charged.

For a timeline of events, check out Crime Watch Daily's Losing Faith: The Hedgepeth Murder Mystery at UNC 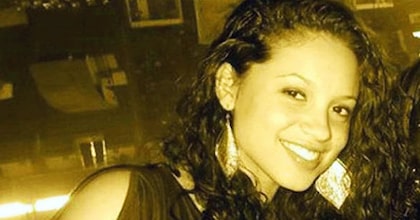