Crime Watch Daily breaks down some of the biggest cases from across the country. Today we're joined by Crime Watch Daily Correspondent and Attorney Eboni K. Williams and attorney Jesse Weber.

Today's first case we told you about earlier this week: Atlanta lawyer Tex McIver claims he accidentally shot and killed his wife from the backseat of their car while they were driving with a friend. Now he has been charged with involuntary manslaughter. He claims it was a tragic accident, but then it was revealed he owed her a lot of money and was quickly selling her designer wardrobe only months after she died. So the big question is, Was it an accident or not? 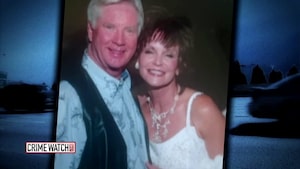