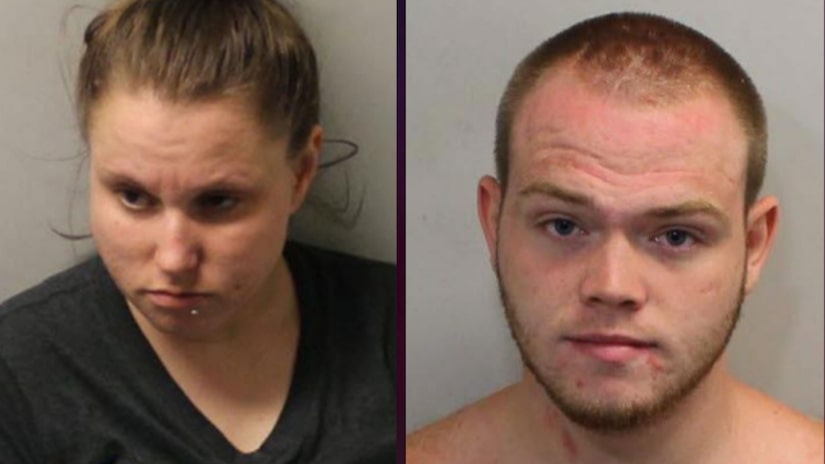 On May 6, 2019, the Leon County Sheriff’s Office responded to the 4700 block of Crossway Court to a report of child abuse, the department said in a news release. The 2-year-old victim was transported to a hospital and was reportedly on the verge of death.

According to the Tallahassee Democrat, as of today, the toddler has physically recovered, but she suffered permanent damage to her eyes and teeth as well as "lasting damage from the psychological trauma that was inflicted upon her."

The victim’s mother, Heather Reid, was reportedly interviewed and said the child had fallen, but her injuries were not consistent with Reid’s statement. Upon further investigation, the Sheriff’s Office said arrest warrants were obtained for Reid and her boyfriend, Clayton Pafford.

According to the Tallahassee Democrat, Pafford shook and beat the child, causing her to be clinically dead at one point. However, first responders were reportedly able to save the child.

Assistant State Attorney Georgia Cappleman said, "The evidence suggested a pattern of abuse over time that was really horrific. The child’s bedroom had bloodstains all over it. She had lots of old injuries. It was just really terrible," the Tallahassee Democrat reports.

Pafford had reportedly left the scene before law enforcement’s arrival. According to the Sheriff’s Office, multiple law enforcement agencies tried to perform a traffic stop on Pafford’s vehicle, but he refused to stop, and a pursuit ensued. After stop sticks were deployed, Pafford allegedly swerved multiple times.

The Sheriff’s Office said, "Troopers took the lead in the pursuit and utilized a Pursuit Intervention Technique (PIT) to stop Pafford’s vehicle. Pafford did not comply with the commands of the law enforcement officers to surrender and a LCSO K9 had to be used to assist with taking him into custody."

Pafford was reportedly transported to a local hospital for treatment and eventually booked into the Leon County Detention Facility.

In August, Pafford was found guilty of aggravated child abuse with great bodily harm and aggravated child neglect, the Tallahassee Democrat reports. He was officially sentenced to the 37-year prison term on Friday, Dec. 9.

The victim’s mother, Reid, faces multiple charges, including child neglect and lewd and lascivious battery stemming from a previous incident where she allegedly had sex with a minor. Her trial has not yet been set.