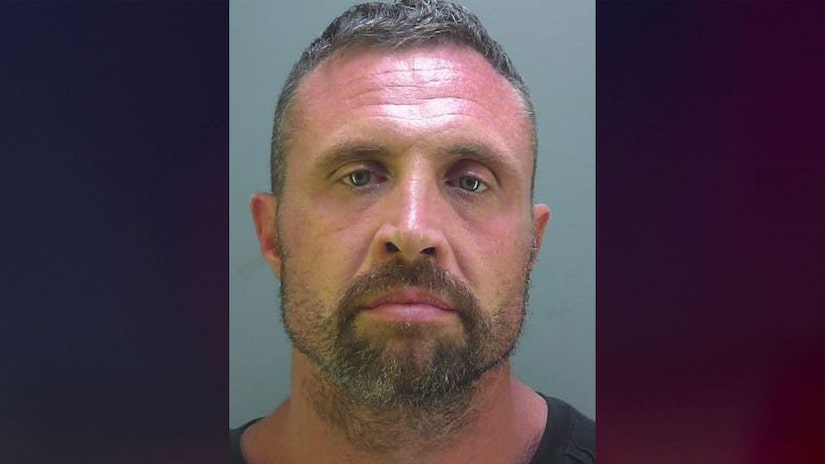 HENDRY COUNTY, Fla. (TCD) -- A 43-year-old bodybuilder was arrested and charged after his 39-year-old ex-wife’s remains were discovered in a burn pile on his property.

According to a news release from the Hendry County Sheriff’s Office, on Friday, Sept. 30, one of Katie Baunach’s friends reported that she had left her two children in her care to go to the home of her ex-husband, Ian Baunach, to gather some of her personal belongings. The friend was concerned for Katie Baunach’s safety and said friends and family had not heard from the mother, nor were they able to contact her.

The Sheriff’s Office obtained a search warrant for the home and found a "large number of steroids," which Ian admitted belonged to him.

According to the Sheriff’s Office, Ian was initially arrested and charged with 13 counts of possession of controlled substance without a prescription. Authorities reportedly obtained a second search warrant for the bodybuilder’s home because they had not located his ex-wife.

In the hallway between the garage and home foyer, authorities discovered "signs of a physical struggle" with wall damage and a broken wall-mounted mirror in an office, NBC News reports. The victim’s wedding band and engagement ring were reportedly found in a safe, and officers believed she was wearing the rings when she left her friend’s home on Sept. 29.

According to the complaint obtained by NBC News, investigators located "the fragments of a human mandible with an intact tooth in a fresh burn pile" as well as a blue 50-gallon barrel nearby that emitted a strong odor of "decaying flesh."

During an interview, Ian Baunach reportedly told officers his ex-wife contacted him on Sept. 29 and said she needed gas, and when she arrived at his home, the two got into a dispute over another woman. The bodybuilder, who competed in the IFBB Masters National Bodybuilding Championships in 2016, said when he woke up, his ex-wife was gone, NBC News reports.

On Oct. 10, the Sheriff’s Office said Ian Baunach was charged with first-degree premeditated murder, destruction/conceal physical evidence, use of two-way communication to facilitate a felony, cremate dead body 48 hours after death, and failure to report death to medical examiner. He remains held in the Hendry County Jail without bond.

Prior to the victim’s death, Katie Baunach reported that her ex-husband had physically abused one of her children, according to the complaint obtained by NBC News.