LOS ANGELES (TCD) -- Two people were arrested this week for allegedly shooting and killing a double-amputee homeless man who was sitting in a wheelchair outside of a McDonald's in May.

On Tuesday, Aug. 30, Los Angeles Police Department detectives and members of the U.S. Marshals Fugitive Task Force arrested 34-year-old Raymundo Hernandez and 32-year-old Blas Canche for their alleged connection to the death of 69-year-old Gerold Lipeles. The police department said in a statement a third suspect, Rubi Anguiano-Salazar, was re-arrested because she was already in custody on an unrelated charge.

Anguiano-Salazar was reportedly connected to another incident in the area where another person was shot.

Lipeles was shot May 17 on the 1700 block of West Century Boulevard in South Los Angeles while he slept. Los Angeles Police Department officers arrived and paramedics transported him to a nearby hospital, where he later died.

On Thursday, Sept. 1, the Los Angeles County District Attorney's Office announced Anguiano-Salazar was charged with murder, attempted murder, and two counts of possession of a firearm by a felon. The charges also reportedly includes "special allegations of use of a firearm, infliction of great bodily injury and use of a firearm during a specified offense."

The D.A.'s office charged Hernandez with one count of murder. The Los Angeles Police Department said prosecutors "requested further investigation related to the case as it relates to Blas Canche."

Los Angeles County District Attorney George Gascón said, "The murder of this victim – who was unhoused and a double amputee asleep in his wheelchair – is disturbingly brutal and callous." 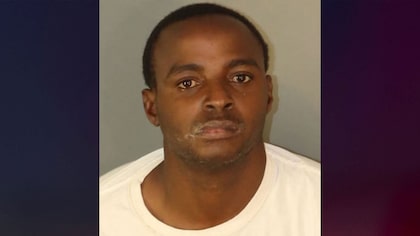