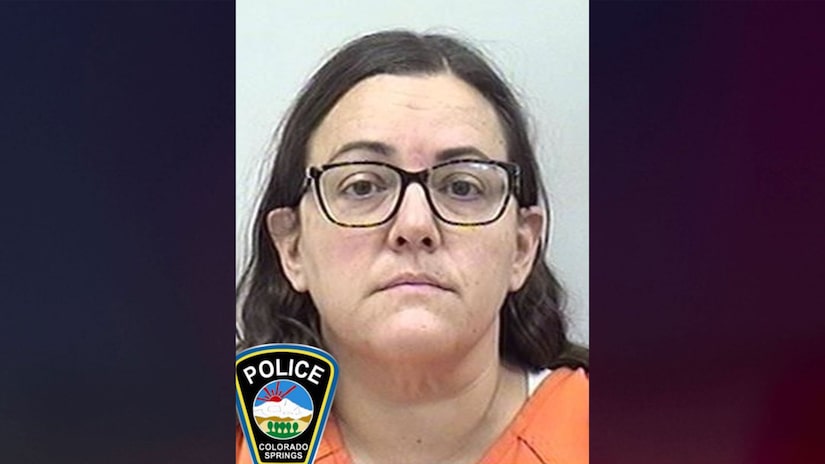 COLORADO SPRINGS, Colo. (TCD) -- A 45-year-old school employee stands accused of having a sexual relationship with a 16-year-old boy who was a student at her place of work and lived with her.

According to the Colorado Springs Police Department, an investigation was launched on June 14 after the Crimes Against Children Unit received a report of a possible sexual assault by Sarah Jones, a library technology educator.

The arrest affidavit alleges that on June 10, authorities learned the 16-year-old victim had "photographs located on his cellphone with implied nudity from his teacher that he was having sexual relations with."

The cellphone was reportedly confiscated, and authorities completed a phone extraction for evidence.

The next month, on July 1, the male victim was interviewed, and he told authorities he met Jones at his school when he was a sophomore, police said in the affidavit.

During questioning, the boy reportedly told police that in the fall of 2021, he was playing with another student and hurt his arm. Jones came to the victim’s defense, and according to police, the boy said he spent the night at Jones’ house.

According to the affidavit, the boy told Jones that his mother did not have a house and they "would bounce from house to house." Jones allegedly invited the victim to move in with her, and he did so around Christmas 2021.

One night, Jones allegedly got drunk, apologized for being intoxicated, and started kissing the victim on the neck. They reportedly went to his room, and Jones continued to kiss him. They did not go any further that night, the affidavit alleges.

The boy reportedly told police that he and Jones had sex for the first time possibly in the spring of 2022 in Jones’ bedroom. Jones was having a "bad day," and the victim went into her room as Jones’ and her husband’s two children were downstairs, the affidavit said. Jones’ husband was reportedly in the hospital at the time.

The affidavit alleges that the victim and Jones had sex approximately five times in total, but the victim does not remember how the relations happened.

In addition to the alleged sexual relations, the boy told police that Jones would often send him money through a cash app, according to the affidavit.

On June 30, police said they found 4,777 messages between Jones and the victim.

Jones was interviewed on July 12 and eventually admitted to kissing the victim on the neck but denied any sexual relations, police said in the affidavit. Jones’ phone was eventually recovered on July 12, and on Aug. 10, a phone download was reportedly completed.

An arrest warrant was issued to Jones for the crime of sexual assault on a child by one in a position of trust on Aug. 17, police said. Jones reportedly turned herself in to authorities and was booked into the El Paso County Criminal Justice Center.