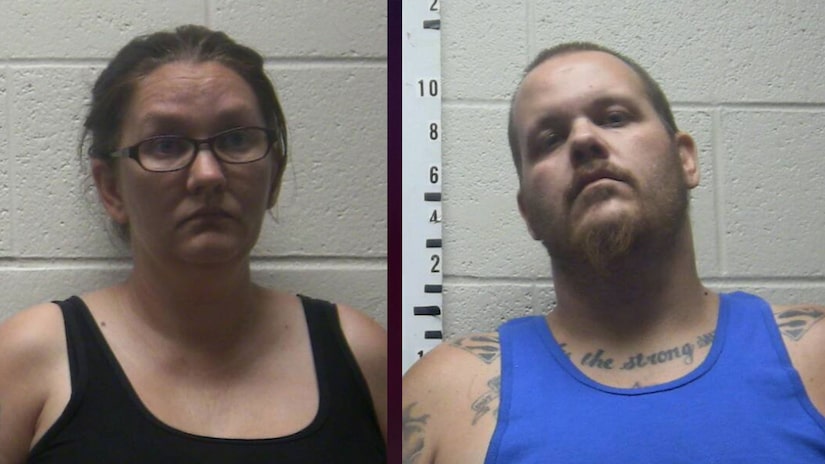 COVINGTON, Tenn. (TCD) -- Two parents were arrested and charged with child abuse after four children were reportedly found living inside a urine- and feces-filled home during a drug bust.

According to a news release from Tipton County Sheriff Shannon Beasley, on Tuesday, July 12, a search warrant was executed at a home on Old Memphis Road. Upon further investigation of the home, the Sheriff’s Office said the children were living in the residence while drug transactions were taking place.

The children, who ranged in ages 7 to 13, were reportedly found living with beds that were covered in dog feces. The children’s bathroom was allegedly not working, the refrigerator was filled with cockroaches, and the whole residence was covered in urine and feces.

According to Beasley, on Thursday, July 21, authorities returned to the home and arrested the children’s parents, Jamie May and Adam Stark, for four counts of child abuse and neglect.

May was booked into jail on $10,000 bond and Stark’s bond was set at $55,000, Beasley said. Besides the child abuse and neglect charges, Stark was charged with possession of schedule IV drug with intent to sell / manufacture / deliver and possession of schedule VI (2.5 lbs. marijuana) with intent to sell / manufacture / deliver, according to Beasley. Authorities reportedly seized over $30,000 in cash from the home.

The suspects are reportedly scheduled to appear in court on Aug. 26.

In a statement, Beasley said, "The possession of the drugs is secondary to the way Mr. Stark and Ms. May are making these children live. It’s bad enough to be selling and/or storing illegal drugs in your residence, but they are making these kids live in dog feces and with no bathroom for the children."

Beasley added, "The possession of the drugs is just the 'icing on the cake' that makes this case even worse."