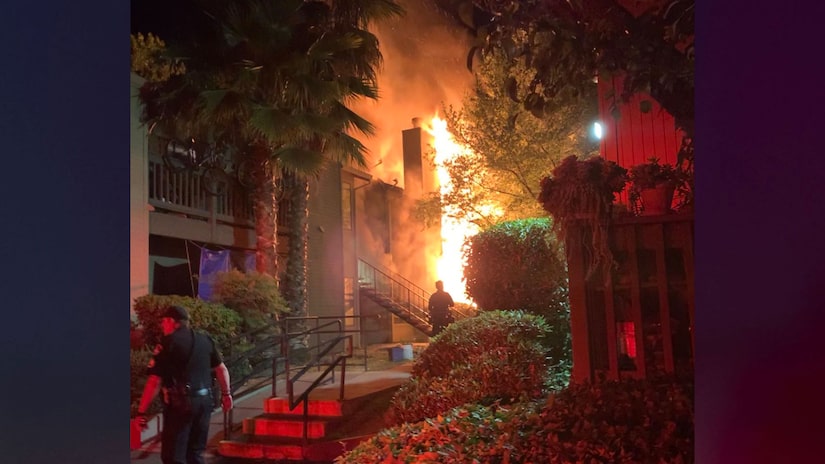 SACRAMENTO, Calif. (TCD) -- A man has been taken into custody after he allegedly lit an apartment on fire and held a child hostage.

On Friday, June 24, the Metropolitan Fire Department of Sacramento tweeted they were on scene at 3939 Madison Ave. for a two-alarm apartment fire in the city’s North Highlands neighborhood. The fire department said they arrived to a "dynamic incident" with the Sacramento County Sheriff’s Office already there.

Fire crews searched the residence and found two victims after breaching an adjacent apartment wall. In total, four people and three dogs were rescued from the residence, and they are all alive. KXTV-TV reports firefighters saved a 1-year-old, a 12-year-old child, the man, and another woman.

According to KTXL-TV, the suspect, who remained unnamed, allegedly held a knife to the baby’s throat and he allegedly lit the fire when deputies showed up.

2 of the 3 puppies shown after today’s rescue. Contact our PIO for additional fire related information or video. pic.twitter.com/9oQk1ZLB8P

KXTV reports the other has a restraining order against the man who allegedly started the fire, but he reportedly has visitation rights because of their shared children.