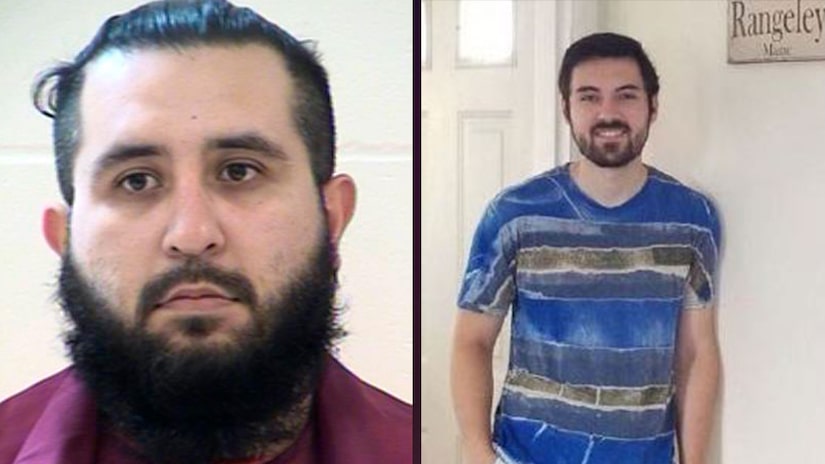 CONCORD, N.H. (TCD) -- A 32-year-old man was convicted of killing his wife’s co-worker because she was texting with him and then forcing her to behead him.

WMUR-TV reports a jury found Armando Barron guilty of murder and 12 other offenses relating to the September 2020 death of Jonathan Amerault after deliberating for less than two hours.

The New Hampshire Attorney General’s Office announced Barron was arrested Sept. 25, 2020, on a capital murder charge for "knowingly causing the death of Jonathan Amerault by shooting him while engaged in the commission of a kidnapping." His wife, Britany Barron, was also taken into custody on charges of falsifying physical evidence.

In April 2021, the New Hampshire Attorney General’s Office indicted Armando for capital murder, murder, criminal solicitation of murder, kidnapping, two counts of solicitation of assault, and assault related to Amerault’s death. He was also charged with domestic violence, reckless conduct, and assault for striking his wife, breaking her nose, and using other types of physical force. Britany was indicted at the same time for the falsifying evidence charges.

According to The Associated Press, Armando reportedly got upset because Britany and Amerault had a close relationship. Prosecutors argued Armando "had all the motive to kill Jonathan, because for him, Jonathan was a man who had just started seeing his wife."

On the night of Sept. 19, 2020, Armando reportedly used Britany’s cell phone and pretended to be her in order to get Amerault to meet up with him at a park. When Amerault got to the park, Armando beat and then shot him. Prosecutor Benjamin Agati said Amerault tried to defend himself before he died, which was evident in a bullet wound through his arm.

After Amerault was fatally shot, Britany reportedly had to drive his car nearly 200 miles to a campsite while her husband followed in the car behind her. When they arrived at the site, Britany was forced to behead Amerault and get rid of his body.

WMUR reports Meredith Lugo said during her closing statement, "Her claims are like something out of a TV movie, not real life. They are sensationalized to make Armando seem like a monster and her seem like a tragic victim."

Lugo added, "The only person Britany ever tried to save here was herself. And what she was trying to save herself from wasn’t Armando — it was prison."

The Associated Press reports Britany pleaded guilty to the charges against her and was released on parole.