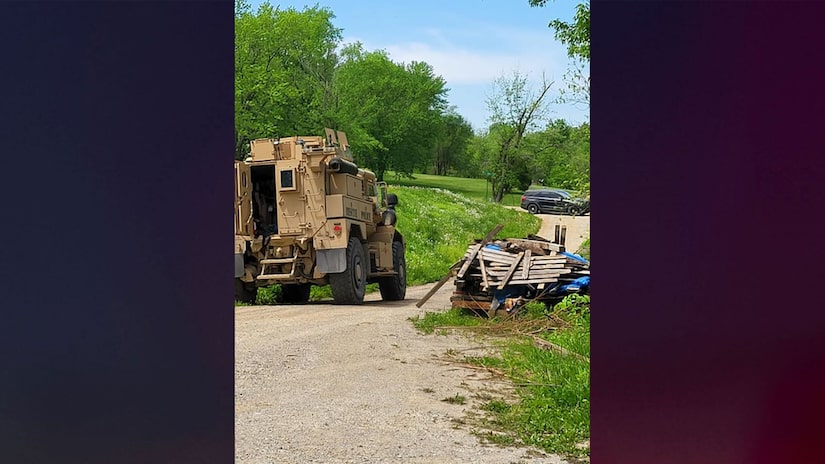 CLINTON COUNTY, Mo. (TCD) -- A man is in custody after allegedly holding a woman hostage and assaulting and torturing her for two days.

According to a press release from the Clinton County Sheriff's Office, on Saturday, May 14, deputies and troopers responded to SE Apache Drive in Lake Arrowhead to a report of a woman who had escaped from being held hostage.

Upon further investigation, the Sheriff's Office learned the victim had been severely assaulted and tortured for two days.

Attempts were reportedly made to get inside a home with no success. According to the Sheriff's Office, "Negotiations began and one resident came out with another held up inside stated to be armed and suicidal."

A SWAT team was deployed on the home, and after approximately five hours, authorities located the suspect, James Larson Jr., hiding in a false wall, the Sheriff's Office says. Larson was arrested, and he remains held on an unrelated probation violation warrant with no bond.

The victim was transported to a local hospital and is in critical condition, according to the Sheriff's Office.