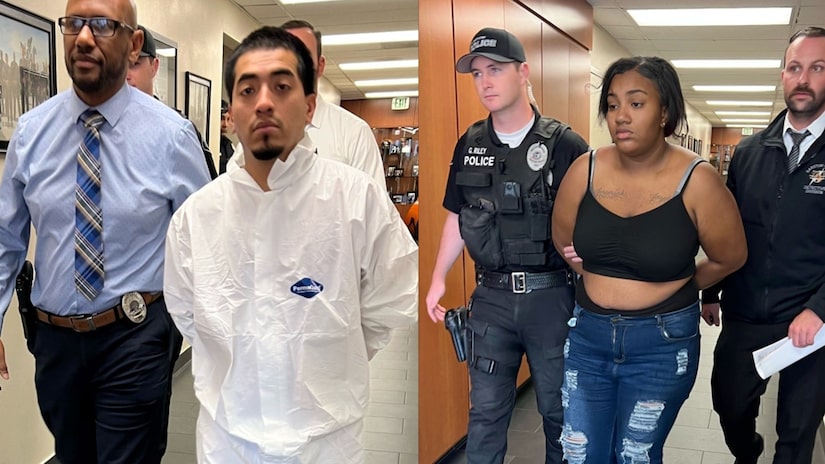 POMONA, Calif. (TCD) -- A couple was arrested after allegedly abusing and killing their 1-year-old son in their Barstow home and driving his body to Pomona.

According to a news release shared by the Barstow Police Department, on April 25 at around 7:55 p.m., officers from the Pomona Police Department responded to a report of a suspicious death at the Pomona Valley Hospital. An unresponsive 1-year-old child was reportedly brought into the hospital and pronounced dead upon medical staff’s arrival.

According to police, the child suffered injuries "consistent with ongoing abuse." The victim reportedly had apparent signs of trauma, including lesions, bruising, and burns.

Police believe the abuse and death happened in the child’s home in Barstow, California, and then his parents, 27-year-old Ricardo Mendez and 24-year-old Antanita Miller, allegedly drove his lifeless body to Pomona.

Witnesses were interviewed, and authorities contacted Mendez and Miller, police say. Authorities reportedly learned that at around 7 p.m. on April 25, Mendez and Miller went to Mendez’s family’s home in Pomona, where family members found the child’s dead body in Mendez’s and Miller’s car.

According to police, search warrants were served on Mendez and Miller and their car, where authorities found evidence believed to have been used in the abuse of the child.