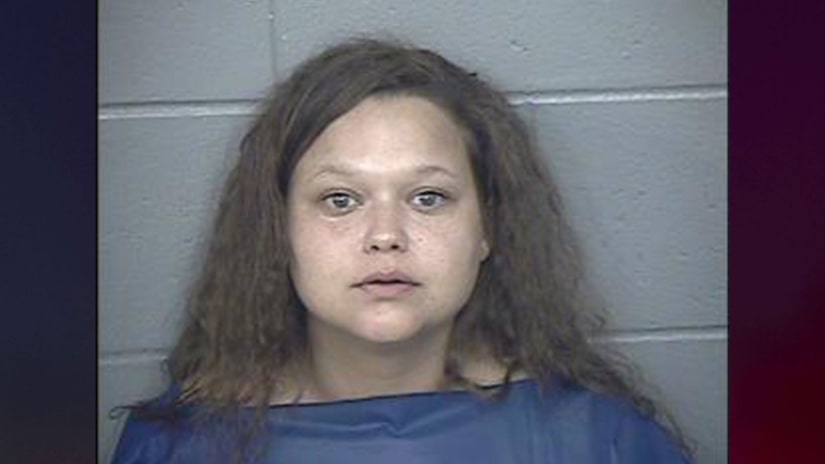 KANSAS CITY, Mo. (TCD) -- A 35-year-old mother reportedly admitted to killing and decapitating her young son and the family dog because the devil was trying to attack her.

According to a statement from the Jackson County Prosecutor's Office, on the night of Feb. 15, Kansas City Police Department officers responded to a home on the 7300 block of Indiana Avenue regarding a disturbance. When they arrived, officers reportedly "observed what appeared to be blood on the front steps." A female inside the home, whom they identified as Trisha Haefs, was inside but "refused to answer the door."

As officers stood outside, they reportedly "observed inside what appeared to be a severed head near the residence's entrance." Officers forced their way into the home and took Haefs into custody. She reportedly had blood on her body and two knives were seen inside the home. According to the statement, Haefs told officers the decapitated victim was her child and admitted to killing him.

Court documents cited by KCTV-TV say Haefs called 911 to say the devil was trying to hurt her but assured police she did not have a mental illness. The responding officers reportedly heard Haefs singing inside, and she started singing even louder when they knocked. While they searched the home, officers also located a decapitated dog in the basement.

In a Feb. 16 statement, Jackson County Prosecutor Jean Peters Baker wrote, "The community now knows some of the terrible details of the death of this 6-year-old child. It takes our breath away. My office, as it always has, pledges to do everything in its power to bring justice in this young boy’s murder. We will not shrink from our responsibility."

Baker said her office charged Haefs with first-degree murder. She is being held without bond.