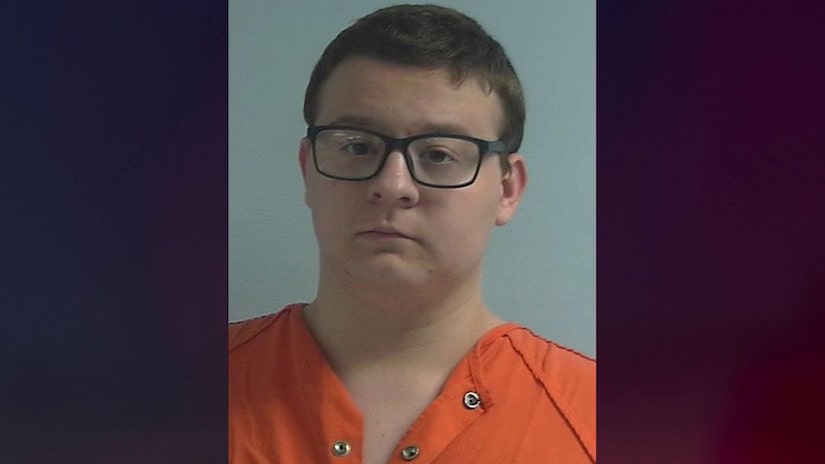 RIPLEY COUNTY, Ind. (TCD) -- A teenager who was convicted in August for killing his toddler sister and infant stepbrother to "set them free" was sentenced to 100 years in prison this week.

WLWT-TV reports a Ripley County judge handed Nickalas Kedrowitz a 50-year sentence for each charge and they must be served consecutively. Kedrowitz was 13 when he killed his 23-month-old half-sister Desiree McCartney in May 2017 and his 11-month-old stepbrother Nathaniel Ritz in July 2017. According to WCPO-TV, Kedrowitz was charged with their deaths in September 2018. He reportedly used a towel to smother Desiree and a blanket on Nathaniel.

On May 1, 2017, first responders came to Kedrowitz’s home in Osgood for a report of a child not breathing. Desiree was transported to Margaret Mary Community Hospital and then transferred to Cincinnati Children’s Hospital Medical Center, where she died five days later on May 6, WCPO reports.

Her autopsy reportedly revealed she suffered a "prolonged period of anoxia to the brain." In July, emergency responders arrived at the house again because Nathaniel was not breathing. He, too, was taken to Margaret Mary Community Hospital. Nathaniel reportedly died from a type of cardiac arrest. According to WRTV-TV, coroners later ruled the children’s deaths as homicides by asphyxiation.

Kedrowitz’s mother said at the time Kedrowitz witnessed his stepdad abusing his siblings, WXIX-TV reports. Christina McCartney said referring to Kedrowitz’s stepdad, "He witnessed him being mean to the babies. That he pushed them down on purpose. He would lock them up in the bedroom to try to shut them up."

McCartney reportedly said she "didn’t know" that was going on.

She added, "This man destroyed many people's lives. My son will never be the same and my kids are gone. Those were my babies. They were my life, but he still walk free. That's not right."