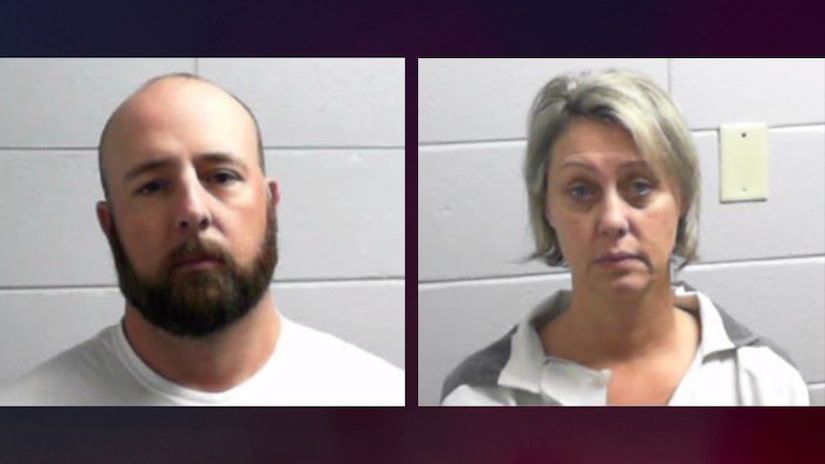 BOGALUSA, La. (TCD) -- A former firefighter was arrested on Tuesday for the fourth time this year for allegedly sexually abusing an animal and molesting a person with a physical or mental disability.

The Bogalusa Police Department announced Nov. 4 that in May, they launched an investigation into Brandon Applewhite after receiving a criminal complaint about him. He was later arrested for extortion and nonconsensual disclosure of a private image. He was booked into the Washington Parish Jail and bonded out.

The Bogalusa Police Department said in their statement that they learned Applewhite allegedly had an accomplice, whom they identified as Angela Dawn Holloway Austin.

Applewhite was arrested for the fourth time on Tuesday on charges of principal to sexual abuse of an animal and principal to molestation of a person with a physical or mental disability. Applewhite was booked into the Washington Parish Jail with a bond set at $25,000.

Austin was reportedly arrested as a fugitive from Bogalusa while working at a nursing home in St. Tammany Parish. The Bogalusa Police Department says she is charged with sexual abuse of an animal and molestation of a person with a physical or mental disability.