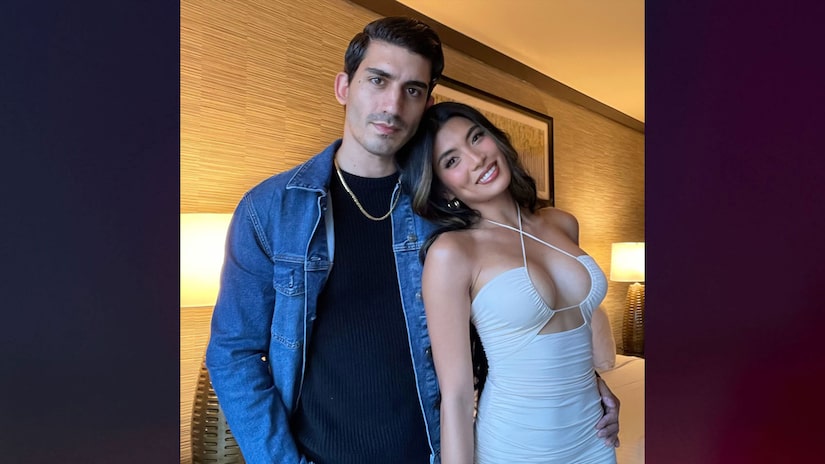 SAN DIEGO (TCD) -- A TikTok star is accused of killing his wife who planned on filing for divorce and her male friend in the couple’s high-rise apartment building on Thursday.

The suspect was later identified as 29-year-old Ali Abulaban and the victims included his 28-year-old wife Ana Abulaban and her "companion," Rayburn Cardenas Barron, according to KSWB.

After officers discovered Ana Abulaban and Barron, a search began to locate Ali Abulaban. He was apprehended less than an hour later near Interstate 805 and Interstate 15 with his young daughter in the car. He reportedly picked her up from school and told her that he "hurt mommy."

KSWB reports the couple’s 5-year-old daughter was not home when the shooting occurred.

According to the San Diego Union-Tribune, Ali Abulaban is known on TikTok as JinnKid and has over 949,000 followers. Deputy District Attorney Taren Brast reportedly said in court Monday that Ana Abulaban asked her husband to move out of their apartment on Oct. 18. He reportedly stayed at a hotel but managed to get back into the apartment when his wife was gone.

The Union-Tribune reports Ana Abulaban wanted to file a restraining order against her husband because he had previously pushed and injured her.

KSWB reports Ali Abulaban secretly installed a program on his daughter’s iPad that allowed him to eavesdrop on conversations inside the residence, which he then could listen to on his cell phone. When he heard voices on Oct. 21, Ali Abulaban allegedly drove to the apartment and opened fire on his wife and Barron.

Brast reportedly said in court Ali Abulaban shot Barron three times, hitting him in the neck, cheek, and back of his head. His wife was shot in her forehead, according to KSWB.

Ali Abulaban appeared in court Monday and pleaded not guilty to two counts of murder. He was denied bail and is not allowed to have contact with his daughter or other family members. His daughter is reportedly in custody of family members.