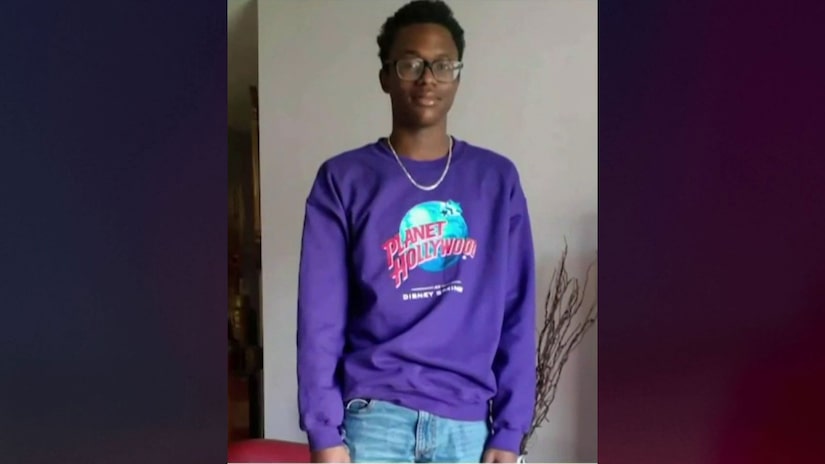 MIRAMAR, Fla. (TCD) -- Three teens were arrested over the weekend for allegedly killing a classmate who had sex with a suspect’s ex-girlfriend.

Dwight "DJ" Grant’s body was discovered in the bushes near his apartment complex Oct. 19. The South Florida Sun Sentinel reports his mother reported him missing Oct. 17 and he did not show up to school the next day.

According to WPLG, the 16-year-old female suspect reportedly told detectives the male suspect stabbed Grant with a knife in the neck and then used a sword to stab him in the chest.

On Oct. 11, the male suspect allegedly texted his ex-girlfriend saying he had "plans for this person," referring to Grant.

The suspect allegedly added, "If he made you happy, get used to him not being here anymore."

According to NBC Miami, the male suspect reportedly reached out to the 16-year-old female because he wanted her help in fighting Grant. The male suspect claimed Grant raped his ex-girlfriend. NBC Miami reports the ex-girlfriend told detectives she and Grant had a consensual relationship.

NBC Miami reports parts of the attack were caught on Grant’s apartment complex’s surveillance footage. Cameras reportedly caught the teens walking into the building, stabbing him in the stairwell, and throwing Grant’s body over a railing. The teens allegedly hoped to start a bonfire to burn their clothing but were prevented from doing so by a security guard.

The South Florida Sun Sentinel reports the three suspects are being held at the Broward County Juvenile Assessment Center. Their next court date is scheduled for Nov. 4.