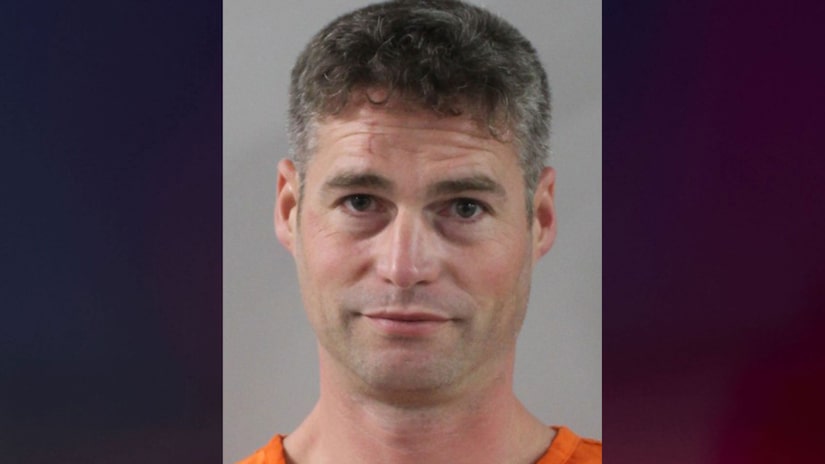 DAVENPORT, Fla. (TCD) -- A 39-year-old electrician allegedly went on a homicidal spree, killing three co-workers Saturday after an argument with his supervisor.

Shaun Runyon was charged with three counts of first-degree murder and one count of aggravated battery with a deadly weapon, according to Polk County Jail records.

In a press conference Saturday, Polk County Sheriff Grady Judd announced that Runyon had been living in Polk County with fellow workers and their families in temporary housing through a Pennsylvania-based company, JNB Electric. They were on assignment doing LED light installations for Publix Corporation. Five people were reportedly living in the residence, according to the Polk County Sheriff’s Office.

At the time of the killings, Runyon was reportedly out on $75,000 bond from jail in Pennsylvania on charges of strangulation, endangering the welfare of a child, terroristic threats, two counts of recklessly endangering another person, assault, possession of marijuana, possession of paraphernalia, and harassment.

According to Sheriff Judd, Runyon got into an argument with his supervisor at 2 a.m. Friday. The supervisor, identified as 41-year-old Kevin Lanusse, reportedly told Runyon he wasn’t working fast enough. Runyon allegedly then punched him in the face and fled. Runyon’s half-brother owns the electric company and told Runyon to return to Pennsylvania.

In response to inquiries, this is Shaun Runyon (DOB 3-21-1982), the triple homicide suspect. He is in custody at this time. https://t.co/1qGP2POTpv pic.twitter.com/uaIoXWBL5Q

Judd said Runyon drove north to Georgia and bought a crossbow in order to kill the three victims.

Runyon reportedly parked his company truck at Tampa International Airport when he returned from Georgia and rented a blue Nissan. He then reportedly bought a baseball bat from Target and returned to the residence at 9 a.m. Saturday, armed with the bat and a knife.

Sheriff Judd announced that officials received a call about the incident on Saturday around 9:44 am. Two of the victims were pronounced dead at the scene. A third victim, reportedly his supervisor, was "beaten significantly" and was taken to the hospital in "extremely critical condition." He succumbed to his injuries at the hospital.

Judd said one of the victims was beaten to death while sleeping and the other was found dead on the front porch of the home. Runyon reportedly had cocaine and marijuana in his system.

There were four other people inside the residence at the time, Judd said. Runyon reportedly attacked one of them in the back with the baseball bat as the man tried to flee. A man, his wife, and his 7-year-old daughter were able to escape "without harm," Judd said.

Sheriff Judd briefed the media today, Saturday, October 2nd, about a triple homicide that occurred in unincorporated Davenport. After a two hour manhunt the suspect, 39-year-old Shaun Runyon who worked for J&B Electric, Inc. has been captured. https://t.co/HbledPBNLA

WFLA-TV reports that a male witness in the house heard screaming and saw Runyon stabbing and beating the first victim. The witness reportedly told authorities he ran out of the front door but tripped and got hit by Runyon with the bat. Runyon then reportedly ran back inside the home.

A female friend of the witness allegedly told authorities that she saw Runyon washing blood off his hands in the kitchen sink and locked herself in a room. She eventually ran out and into the street to find her friend.

According to WFLA, a man and his daughter were able to escape the residence without harm. He reportedly grabbed his daughter and left his room, discovering a graphic scene of blood before driving away and finding the witness and his friend in the street.

In his statement, Sheriff Judd said Runyon fled the area. An intensive manhunt was conducted using K-9 units, aviation, and drone teams. Runyon reportedly left a "blood trail," but the trail "went dead" and they lost track of him.

Around two hours after the search, Runyon reportedly went to a "random house on a quiet street" in Lake Wales where he knocked on the door, covered in blood, reportedly telling the homeowners he had been raped.

Judd later clarified and said a Publix employee lived at the Lake Wales residence and Runyon reportedly said he would do tile work for him.

After removing his bloody clothes, the homeowners suggested he go to the hospital. He is reportedly not injured. Runyon was taken into custody by deputies at the hospital where he later confessed, Sheriff Judd reports.

Runyon appeared in court Sunday morning. He is being held in the Polk County Jail without bond.