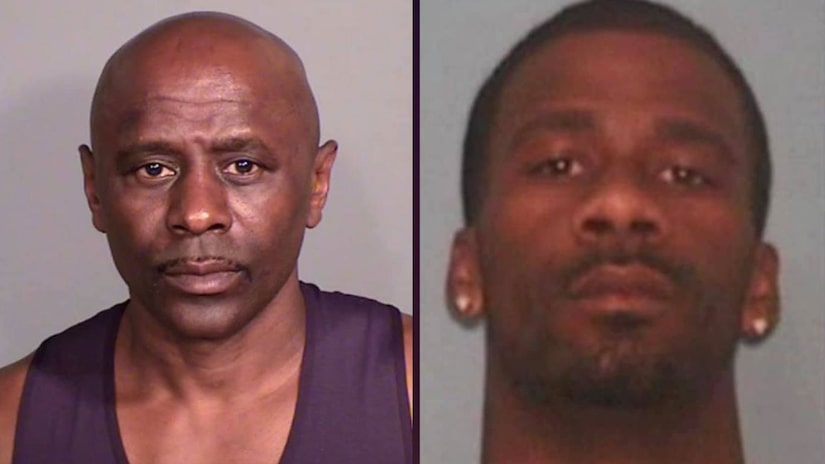 DUNN COUNTY, Wis. (TCD) -- Four people from Minnesota were found shot dead inside an SUV that was abandoned in a rural Sheridan township cornfield.

The Dunn County Sheriff’s Office announced they received a call Sunday about a death in Sheridan. The Sheriff’s Office said the victims "do not appear to have any connection to the area." The car’s license plate was from Minnesota.

According to the Sheriff’s Office, Darren Lee Osborne was arrested by the St. Paul Police Department as a suspect in the case. The Dunn County Sheriff’s Office identified Antoine Darnique Suggs as another suspect and said he is believed to be in the Minneapolis/St. Paul area. He is reportedly considered armed and dangerous.

KARE-TV reports Osborne was charged with four counts of hiding a corpse as party to a crime.

According to KARE, which cites a criminal complaint, at least three of the victims were reportedly seen at a bar in St. Paul in the early hours of September 12. Suggs was reportedly there with Flug-Presley, and Sturm was allegedly seen getting into an SUV that matched the one where the bodies were found.

According to WEAU-TV, Dunn County Sheriff Kevin Bygd said in a press conference, "We can’t find any connection to this area other than randomly driving out of the Twin Cities," adding, "It’s highly unusual for this area, something of this magnitude."