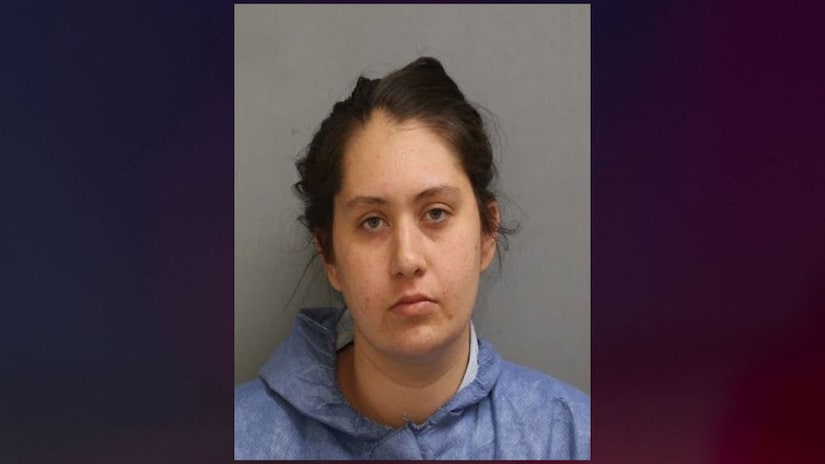 ENFIELD, Conn. (TCD) -- A 22-year-old woman was arrested after her 72-year-old grandmother and her grandmother’s boyfriend were found dead in their apartment over the weekend.

At a press conference Monday, Enfield Police Chief Alaric Fox said officers from the department responded to a call on Alden Avenue at 6:34 p.m. Sunday regarding a well-being check. The neighbor who contacted police said they heard "sounds of a disturbance."

According to the incident report published by WFSB-TV, three Enfield Police officers showed up at the apartment. The officer writing the report said he walked up some stairs and noticed a broken porch window and glass everywhere. The officer continued walking and found a female victim, later identified as Maryrose Riach, "lying in a pool of blood face down."

The officer, according to the incident report, kicked open the door to the apartment, reportedly saw someone in inside and ordered her not to move. She was identified as the suspect Harlee Swols.

The officer wrote he could "hear a shower running from the bathroom the female came out of and she was fully clothed but soaking wet with water and blood." That officer held the woman at gunpoint until the other officers arrived inside the unit.

After placing Swols in handcuffs, the officers reportedly found the male victim, Riach’s boyfriend James Bell, "face down on his knees" in the bedroom with "a large laceration to his neck and stab wounds on his arms and back." An officer attempted CPR on Bell but noted he had "a deep laceration from one side of his neck to the other and across the area of the artery."

The officer then attempted CPR on Riach. She was transported to Baystate Hospital but died shortly after arriving. Enfield EMS reportedly declared Bell dead at the scene.

According to the incident report, Swols had wounds on her hands, which were "covered in blood," and had "blood all over her clothes and was showing no emotion at all" when speaking with the officer. The report said she was not questioned at the time and received medical attention for her hand.

Swols reportedly had a protective order against her by the victims due to an incident on July 7, 2021.

Chief Fox said during his press conference that officers arrested Swols for violating the protective order. According to the Hartford Courant, Judge David P. Gold reportedly told Swols during her arraignment Monday to expect "much more serious charges."

She was being held on $1 million bond.