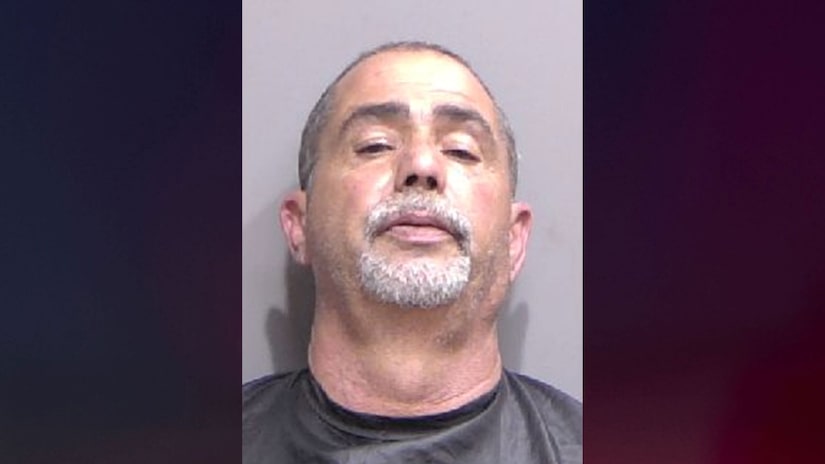 A 55-year-old man was arrested outside of a bar May 24 after allegedly stabbing two people, one of whom was a woman who turned down his sexual advances.

The Flagler County Sheriff's Office released a statement about Rene Laso's arrest on May 24, explaining how deputies responded to a call at Smiles bar on Palm Harbor Village Way at around 1:30 a.m. When deputies arrived, they spoke with Laso and he told them he "was using the knife that was on the ground" before they got to the bar.

According to the statement, the first victim said she knew Laso, but was at Smiles bar with her boyfriend. The woman who remained unnamed told deputies Laso once offered her $5,000 to "perform sexual favors," though she turned him down. The Sheriff's Office said the woman's boyfriend confronted Laso, who called the woman a "$100 whore."

Laso reportedly told deputies he and the two victims were drinking inside the bar. He says they asked him why he thought he could ask for sexual favors from the woman. The Sheriff's Office says Laso and the victims went outside to talk, and the woman allegedly slapped him in the face. He then called her a "$100 hooker."

The altercation turned physical, and the reportedly woman stepped in to stop the fight. Laso allegedly told the woman and her boyfriend, "I have a knife and will cut you," and allegedly stabbed them both.

The woman reportedly ran inside the bar to get help. The altercation between Laso and the boyfriend continued, and the second victim reportedly "sustained multiple stab wounds, including one to his back," according to the sheriff's office.

Laso allegedly attempted to flee on his motorcycle. Fellow bar patrons kicked over his bike and prevented him from leaving.

He claims he was attacked and told deputies he "didn't try stabbing them." Laso reportedly told the sheriff's office he was chased around the parking lot.

The woman and her boyfriend were both transported to Advent Health and treated for stab wounds. Flagler County Sheriff Rick Staly said the injuries do not appear life-threatening.

Laso was charged with two counts of aggravated assault with a deadly weapon. He was booked into the Sheriff Perry Hall Inmate Detention Facility and was held without bond.