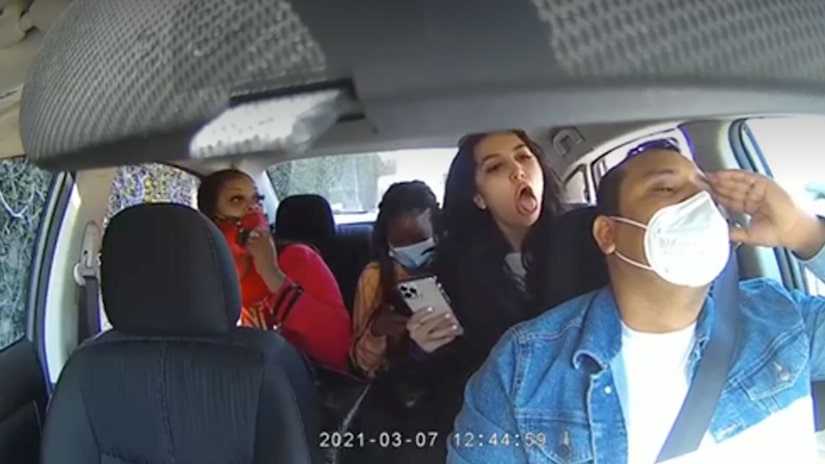 A woman wanted for allegedly assaulting a ride-share driver in San Francisco during a dispute over wearing a mask this week was arrested in Las Vegas Thursday.

San Francisco Police officers responded to a reported aggravated assault at the intersection of San Bruno Ave. and Bacon St. in the Bayview neighborhood at 1:16 p.m. Sunday, March 7.

A 32-year-old ride-share driver at the scene told officers he was assaulted by two of the three women he picked up at San Bruno and Felton St., less than a mile away, around 12:45 p.m.

The driver stopped and ended the ride a few minutes after picking them up when he saw one of the passengers was not wearing a mask “in compliance with state and local public health orders for COVID-19,” San Francisco Police said.

The driver recorded the incident from a dashboard or windshield camera, KPIX-TV reports.

Police said an “altercation” began, and one of the women reached forward and grabbed the driver’s cellphone.

KPIX reported one of the women ripped off his face mask and coughed on him.

He got his phone back, and as the women got out of his car, one of them allegedly reached into an open window and sprayed at the driver with what is believed to have been pepper-spray. The women then fled the scene. KPIX reported the driver had to get out of the car because it became too hard to breathe.

Las Vegas Metro Police officers arrested King on Thursday in Las Vegas, according to San Francisco Police. SFPD said Kimiai contacted the department through her legal counsel Thursday afternoon to notify police “of her intent to turn herself in soon.”

King was arrested on an arrest warrant for charges of assault with a caustic chemical; assault and battery; conspiracy; and violation of health and safety code.

(1/4) The victim, a 32-year-old male, TNC driver picked up three passengers at San Bruno Avenue and Felton Street on March 7, 2021 at approximately 12:45PM. One of the passengers was not wearing a mask. pic.twitter.com/2J9NsM8MG2

“In this case, we have banned all three riders,” Uber said in a statement Thursday.

Lyft announced Wednesday that the company "has permanently removed a rider from its platform who allegedly appeared in a video harassing an Uber driver in San Francisco on Sunday," SFGate reports. 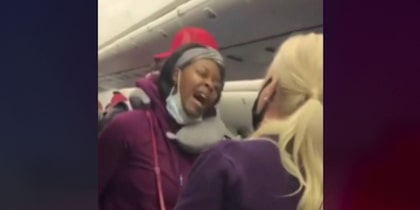 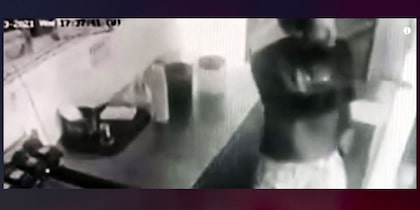 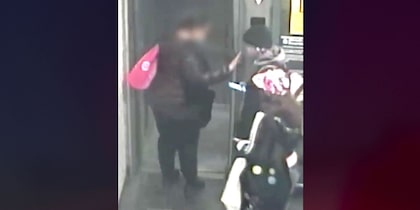