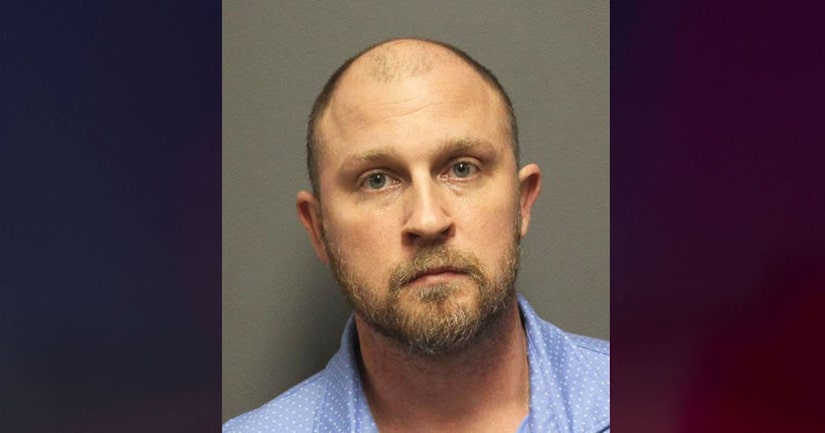 PLYMOUTH, Pa. (WNEP) -- Police say Daniel Barrett, 40, of Plymouth, confessed to killing his wife at their home on Gaylord Avenue in Plymouth after arguing on Saturday.

Court papers indicate Barrett went to the Plymouth Police station around 5 p.m. Monday and confessed that he killed his wife, Mary Barrett.

Barrett told police it started with an argument when Barrett accused his wife of cheating on him. After she admitted to "spending time" with another man, Barrett said he punched her and knocked her to the ground near the fireplace in the home.

After Barrett's confession, police went to the home, where a blood trail led them to the women's body in the basement. Barrett told police he remembers punching his wife and knocking her to the ground by the fireplace, but he says he then blacked out. When he came to, he was holding fireplace tongs over his head and was beating her with them. Barrett said he continued to beat her with them before getting a knife and stabbing her in the back before dragging her body into the basement.

Barrett is held without bail on a criminal homicide charge at the Luzerne County Correctional Facility.

Mary Barrett was reportedly found with a hole in her skull, WOLF-TV reports. Daniel said he when he came to, he went to splash water on his face and heard a noise come from Mary Barrett. He then allegedly dragged her down the stairs and into the basement and left her there.

Barrett confessed to police that he and Mary Susan Barrett got in the argument on January 9. Barrett says he did not go back into the basement until Sunday, to cover Mary Barrett with a sheet.