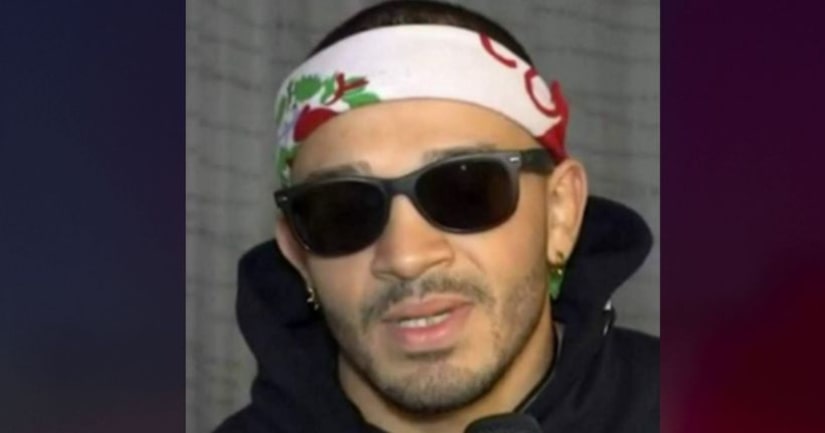 FORT LAUDERDALE, Fla. (WKMG) -- An Ultimate Fighting Championship mixed martial arts fighter is accused of stabbing his two sisters early Thursday as they slept in a spare bedroom in his apartment because a “higher power” told him to do so, police in Florida said.

Irwin Rivera, 31, who is known as “The Beast,” remained in the Palm Beach County Jail early Friday on two counts of premeditated attempted murder, according to jail records.

An arrest report said multiple neighbors and one of the victims called 911 to report the stabbing at Rivera's Boynton Beach home early Thursday morning.

She had two collapsed lungs and was taken to Delray Medical Center, the report said. The sisters' identity was not released. The Boynton Beach Police department said one victim is in stable condition, the other is in critical condition.

The women came to visit their brother at his home and spent the night in his spare bedroom, they told investigators. They woke up to Rivera repeatedly stabbing them with a knife, the arrest report said.

Neighbors told officers they woke up to a loud banging sound at their front door They found a woman covered in blood and begging for help, the report said.

“He's trying to kill me! Please help my sister,” the arrest report said the woman told neighbors. As the door was opened, the neighbors saw Rivera walking by, also covered in blood, the report said.

“Shut the door,” Rivera shouted at the neighbors, according to the report. He then shouted, “everything is okay."

He took off running when he saw the neighbors were on the phone, the report said.