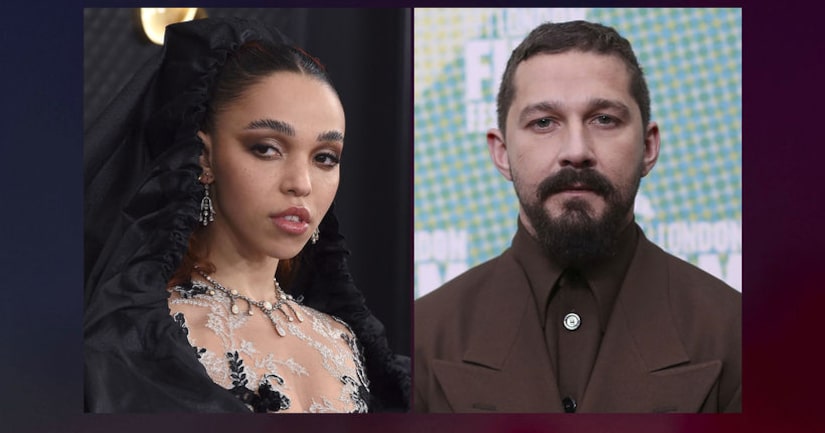 LOS ANGELES (KTLA/AP) -- Singer FKA twigs filed a lawsuit in Los Angeles Superior Court Friday alleging that Shia LaBeouf was physically and emotionally abusive during their relationship from 2018 to 2019, saying her experience was part of a pattern of terrorizing women for the 34-year-old actor.

FKA twigs — a 32-year-old British singer and actress whose legal name is Tahliah Barnett — alleges in the lawsuit that LaBeouf left her in a constant state of fear and humiliation, once slammed her into a car, tried to strangle her and knowingly gave her a sexually transmitted disease.

The lawsuit says on a Valentine's Day getaway in 2019, FKA twigs awoke to LaBeouf choking her. He later drove wildly and threatened to crash his car if she didn't profess eternal love for him and she feared for her life, the lawsuit claims. When she tried to get out of the car and get away from him at a gas station, he slammed her against the car, tried to strangle her, and forced her to get back in, the lawsuit says.

The lawsuit also alleges that LaBeouf knowingly gave her an unspecified sexually transmitted disease that he went to great lengths to hide from her for much of their relationship, including his use of makeup.

LaBeouf told The New York Times that many allegations in the lawsuit and from other women who spoke about him with the newspaper for its report “are not true” but added that he owed the women “the opportunity to air their statements publicly and accept accountability for those things I have done.” He did not tell the newspaper which allegations he contests.

The lawsuit seeks monetary damages to be determined at trial. Barnett said in the lawsuit that she will donate a significant part of any money received to a charity for abused women.