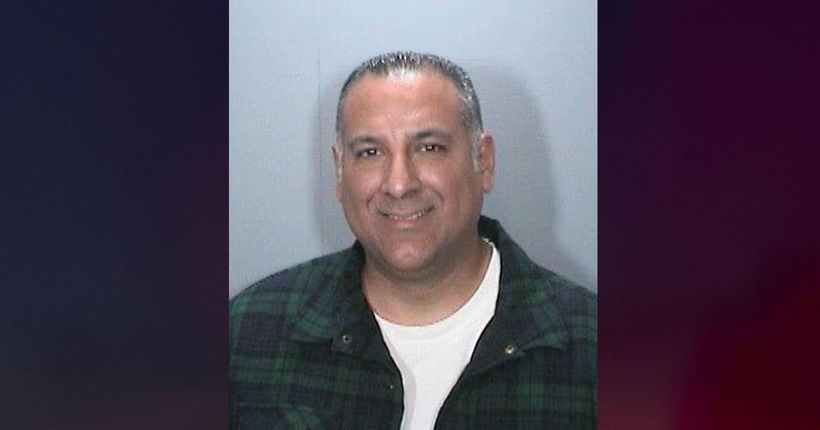 Orange Police
Matthew Calleros was booked on suspicion of auto theft and possession of a stolen vehicle.

An officer with the Los Angeles Police Department was arrested Monday for allegedly stealing a vehicle from a used-car dealership in the City of Orange in 2019.

A vehicle was stolen from a dealership on the 1100 block of W. Chapman Ave. on October 25, 2019, and Orange Police detectives determined Matthew Calleros, 45, was a suspect in the crime.

Calleros was arrested in Los Angeles at about 7:15 p.m. Monday, according to Orange Police. He was booked on suspicion of auto theft and possession of a stolen vehicle into the Orange County Jail.

“He was inquiring about the vehicle for sale and then he just drove off with it,” in 2019, an Orange Police spokesperson said.

The Orange County Register reports Orange Police said Calleros had the Chevrolet Silverado truck when he was arrested, and the truck was parked in an LAPD lot.

KTLA-TV reports the LAPD said it has suspended Calleros' peace officer powers pending the City of Orange investigation, and he has been “assigned home,” according to LAPD.

The Los Angeles Times reports Calleros is a 24-year veteran of the LAPD.