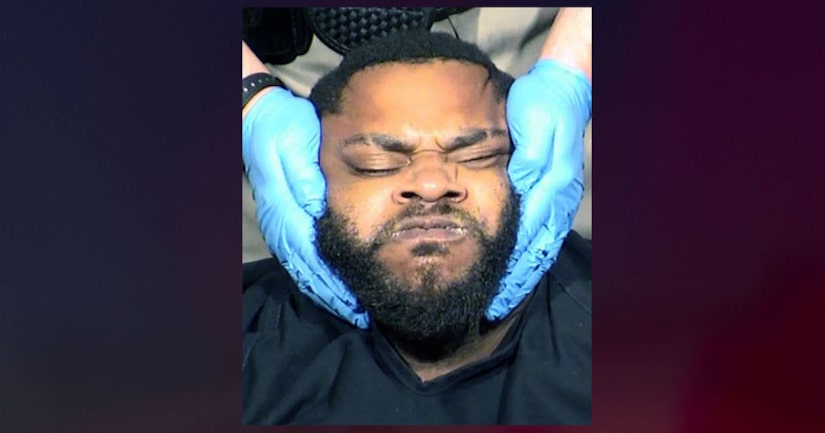 LAS VEGAS (KLAS) -- Clarence Edward Martin, the man accused of killing his 2-month-old daughter by throwing her off a second-story balcony, tried to burn the apartment he shared with the baby's mother by starting a fire early Saturday morning before leaving the scene, according to an arrest report.

Sometime after 1 a.m. Saturday, Nicole Poole, the baby's mother, took the baby into the living room and sat down on the couch next to the front door of the apartment. Police say Martin pulled the baby out of Poole's arms and stepped out of the apartment onto the landing. Seconds later, he stepped back into the apartment and did not have the baby, according to Poole's statement.

Poole said she ran outside and found the baby lying on the ground in the parking area. Investigators determined the baby was thrown about 22.5 feet from a height of nearly 15 feet. The child was 1 month and 29 days old. The baby was transported to St. Rose Sienna, but did not survive.

As Martin fled, a downstairs neighbor heard him saying “burn, [expletive], burn ... this is what you get for cheating on me.” Martin had allegedly started a fire in the apartment. Seven other apartments were evacuated, and firefighters found a poodle dead inside a cage inside Martin's apartment as they extinguished the blaze.

Martin, 32, fled in a white 2015 Mercedes Benz that was involved in several crashes before he was eventually arrested for entering a secure area of McCarran International Airport less than an hour after the initial call to police. Authorities arrested Martin after he crawled into a restricted area at the airport by going through a baggage conveyor. Las Vegas Metropolitan Police Department officers responded and caught up with Martin outside a building near the tarmac after an American Airlines worker saw him.

Martin was booked on felony charges of open murder and first-degree arson. He also faces misdemeanor charges including torture/injure/abandon/starve on an animal, failure to stop at the scene of an accident and a gross misdemeanor of battery on a police officer. 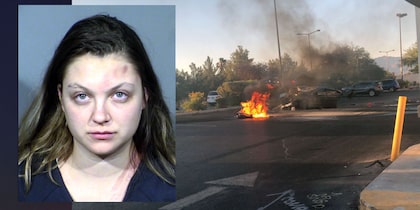