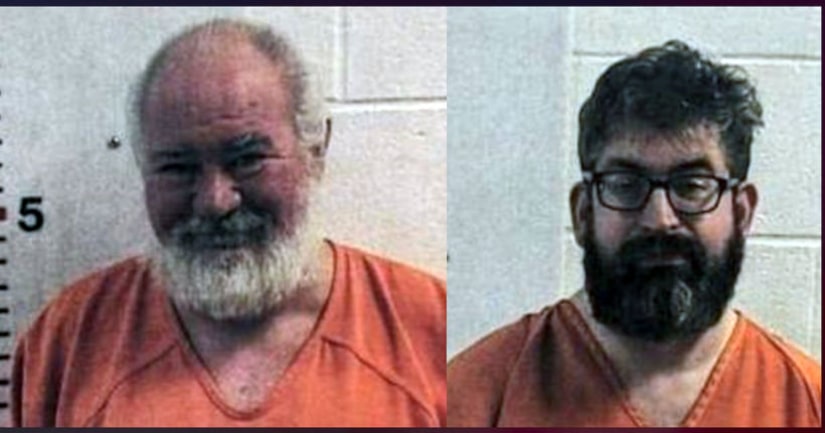 On October 14, McAlester Regional Hospital personnel called the Le Flore County Sheriff's Office to report they had a 28-year-old man who said he had surgery at a home in Wister on October 12.

The patient told hospital personnel that the plan was to remove his testicles, “by a Bob Allen and Thomas,” according to court documents. “The victim informed medical personnel that Bob and Thomas tried to get him to participate in cannibalism.”

The victim told Le Flore County Sheriff's deputies that about three weeks ago he was searching the internet about castrations and made contact with Allen through one of those sites. Allen said he had 15 years of experience and has videos of the procedures, according to a court affidavit.

On September 28, the victim, who lives in Virginia, booked a flight, after Allen told him “the surgery wouldn't cost him anything,” per the court documents.

The procedure took two hours to complete. The victim was awake during the surgery while his scrotum and testicles were removed with surgical equipment by Allen and his partner Gates, according to the victim's statement to the deputies.

After the surgery, Allen said, “he was going to consume the parts, laughed, and said he was a cannibal.” The victim also said Allen told him, “he [Allen] worked on someone that he described to be crazy and that he left the male opened up to die overnight.” Allen mentioned there were six more clients scheduled for the same procedure, according to the affidavit.

On Tuesday morning, October 13, the victim said he woke up with a lot of bleeding and would pass out. He called for Allen who finally agreed to take him to McAlester Regional Hospital.

During the drive, Allen told the victim that if he died, or lost consciousness, he'd dump him in the woods. They arrived at the hospital and Allen said, “If anyone asks, he done it to himself,” according to the court document.

The victim is still hospitalized at McAlester Regional Health Center due to the botched surgery.