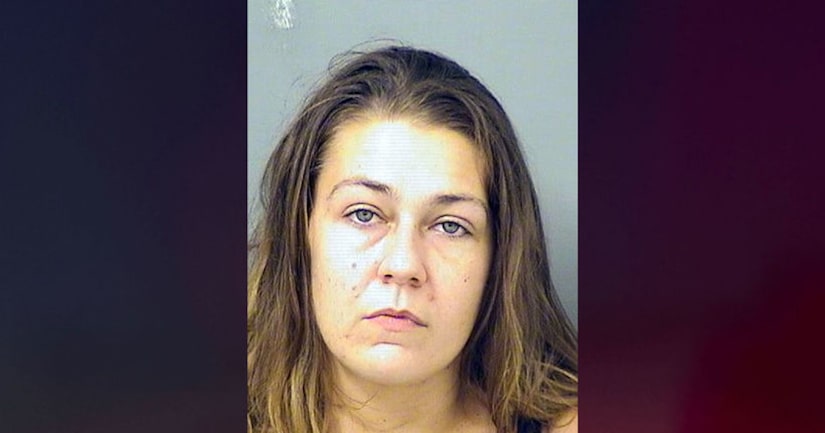 WEST PALM BEACH, Fla. (WPTV) -- A Palm Beach County woman was arrested Monday after stabbing her roommate to death and then running off with a cat, deputies said.

Samantha Fox, 32, faces a charge of second-degree murder in the death of Julie Morgan.

According to a Palm Beach County Sheriff's Office probable cause affidavit, Morgan, 36, was found lying in the middle of Mobilaire Drive with stab wounds to her back, arm, head, chest and hands just after 10 p.m. Saturday. She was pronounced dead at the scene.

A witness said he saw Fox and Morgan fighting, saw Morgan collapse to the ground, and saw Fox holding a knife in her hand. The witness told detectives he saw Fox run from the home, "carrying belongings and a cat" shortly before deputies arrived.

Other witnesses told detectives they saw Fox earlier in the evening "running around their house armed with a knife, looking for Morgan while making threatening statements."

According to the affidavit, Fox spoke to Morgan's sister-in-law via text message, denying any involvement in his death and claiming that Morgan had been run over.