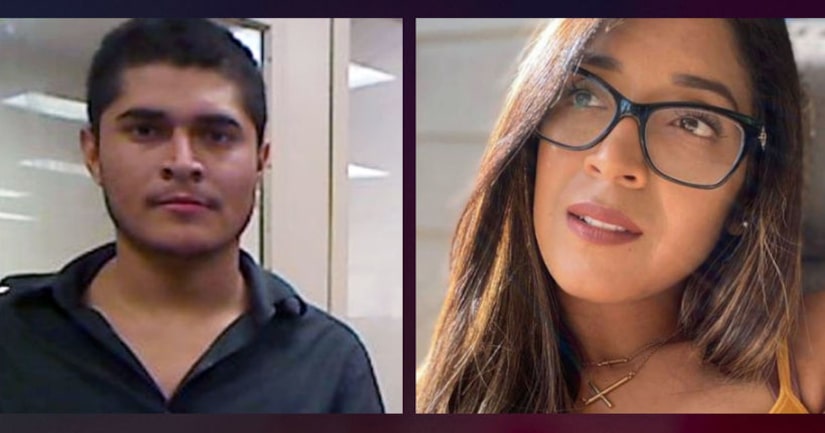 Houston Police are searching for a suspect wanted for beating his girlfriend to death, then leaving her body in their bloody apartment after telling their 8-year-old son "not to wake up his mother."

Houston Police officers responded to a report of a dead woman at a residence on DeSoto St. about 7:10 a.m. Saturday, Sept. 19. Ashley Garcia, 27, was found with severe trauma to her head and body. She was pronounced dead at the scene. Police determined she had been severely beaten.

Homicide detectives identified Garcia's boyfriend as the suspect. Alexis Armando Rojas-Mendez, 23, was charged with murder but remained at large as of Thursday.

Houston Police urge anyone with information in this case or on the whereabouts of Rojas-Mendez to contact the HPD Homicide Division at (713) 308-3600 or Crime Stoppers at (713) 222-TIPS.

According to a criminal complaint filed against the suspect, at about 6 a.m., the couple's 8-year-old son went to a neighbors' apartment and asked them "to help wake up his mother." The two neighbors found her, dialed 911 and administered CPR until officers arrived.

The complaint says Garcia was found lying on a bed in the one-bedroom apartment. Blood was found throughout the apartment on the walls and floor.

Rojas-Mendez told the boy "not to wake up his mother but let her sleep" the night before, the child told police. The boy said his father told him he was going to work, but that when he returned "they would be going on a trip far away."

The neighbors said they heard an argument through the walls around midnight the night before. Another neighbor told police he saw Rojas-Mendez in the parking lot at about 11 p.m. the night before, attempting to force Garcia and a small boy into a Jeep. The neighbor said Rojas-Mendez struck Garcia with a cellphone several times, then dragged her upstairs to the apartment. He said he heard "pounding noises" coming from the apartment.

Garcia's sister, who arrived Saturday to take custody of her nephew, said the 8-year-old boy told her Rojas-Mendez had beaten his mother with a steel-toed boot, striking her in the stomach and head. Two of Rojas-Mendez's sisters told police he called them early Saturday to ask for money, which they both declined to give him. 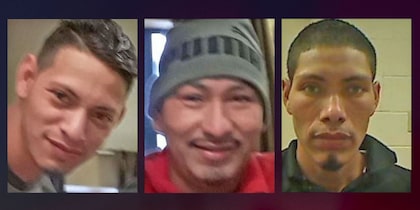 Brothers accused of raping girl, 10, after offering money for sex