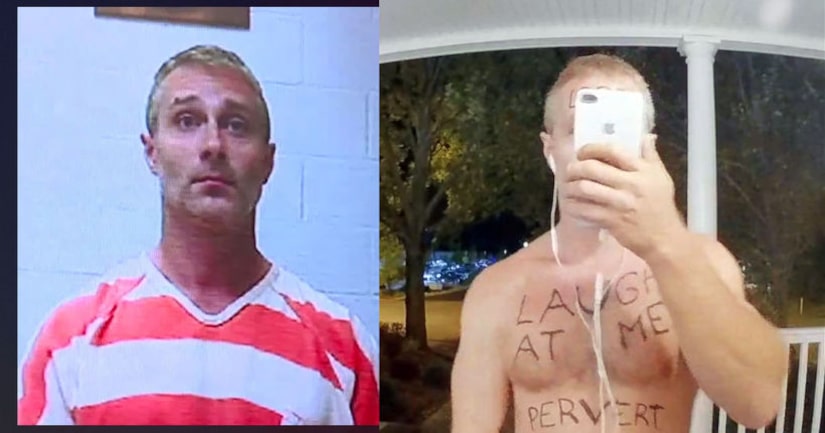 Steven Franzreb, 44, said he has been receiving "some treatment for some issues that I have."

“I do wish to apologize to the girls of the sorority, if I caused them any fear that was absolutely never my intention,” Franzreb said.

“The court is in receipt of Dr. Jones' report that indicates the diagnoses of my client having obsessive compulsive personality disorder as well as sexual hypermasculinity disorder and the anxiety that comes with OCP,” Franzreb's attorney said.

“I do believe, Mr. Franzreb that you need the psychological help more than you need to be handled in this criminal setting,” Judge Doherty said.

Kent Police said Franzreb was caught on camera on the porches of the sororities in September and October, wearing only a red Speedo with writing on his chest. Police also said he sent nude Instagram direct messages to multiple women in both sororities.

He was originally charged with with two counts of menacing by stalking, a fourth-degree felony, and two counts of public indecency, each a third-degree misdemeanor.

Police said they were able to connect Franzreb with the crime based on data they obtained from Instagram, the Akron Beacon Journal reports.