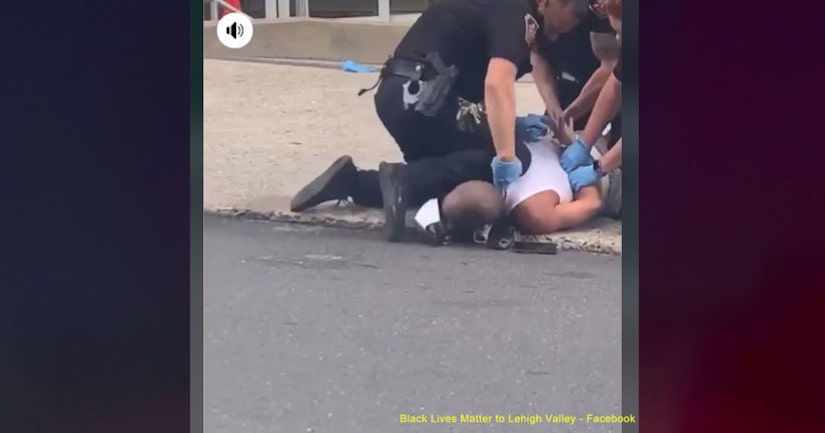 ALLENTOWN, Pa. (WNEP) -- A controversy erupted over the weekend in the Lehigh Valley, triggered by a video showing a police officer's knee on a man's neck in Allentown.

Allentown Police say they encountered a man vomiting and staggering toward a hospital emergency room on Saturday night. Police said he was non-compliant.

The man restrained by police was treated and released.

“The observed erratic behavior resulted in the officers and hospital staff interacting with the individual,” the police department wrote in a news release, at which point they say the man began to yell, spit and scream at them.