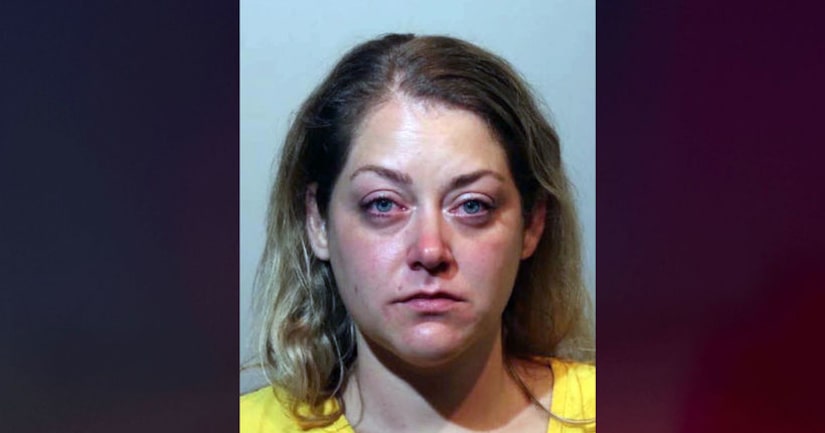 WINTER SPRINGS, Fla. (WKMG) -- A woman was arrested after she drunkenly tried to race other drivers near an elementary school and caused a crash, fled the scene, then crashed into a stop sign with a child in the back seat, according to the Winter Springs Police Department.

Officers responded to 425 Tuskawilla Road, near Keeth Elementary School, Sunday for a reported crash. The driver of the minivan, identified as Erin Kelley, was using the vehicle to steady herself as she swayed back and forth, officials said. Kelley's 4-year-old child was “crying hysterically” in the back seat of the minivan but was not injured in the crash, according to officers.

WFTV reports officers said they found two empty, still-cold cans of hard seltzer in the back seat of the van.

Kelley allegedly declined to take a field sobriety test and was uncooperative with questioning, according to police. At a hospital to be medically cleared, police said, Kelley tried to shove and kick officers.

Kelley was booked on multiple charges including battery on an officer, resisting officers with violence, child neglect, DUI and hit-and-run among others.