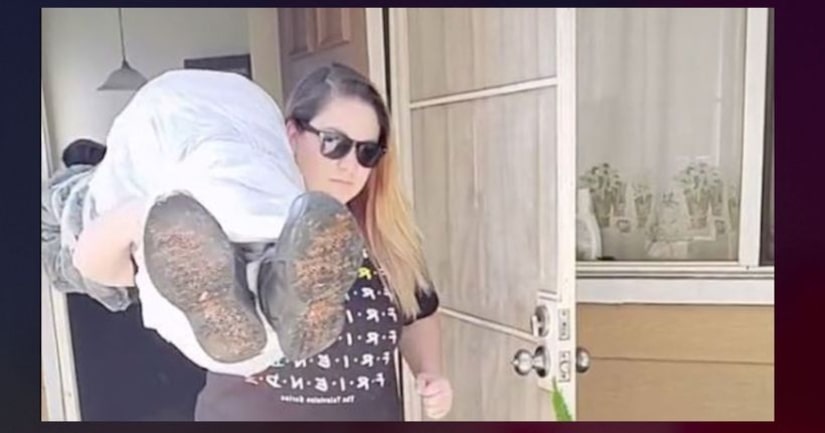 CHINO, Calif. (KTLA) -- A man and woman making a comical video for the social media platform TikTok received a visit from police in Chino Thursday after a neighbor called authorities to reports seeing a woman carrying a dead body, officials said.

The misunderstanding unfolded shortly before 4 p.m. in a neighborhood in the 4800 block of South Fork Road, Chino Police Department

The video, posted by user @rossymiranda3, depicts a man carelessly walking across a floor as a woman is mopping it. A scene is then shown of the woman carrying a dummy dressed in clothing over her shoulder as she dances out the front door of the home. The caption reads, “I will miss him!”

Neighbors mistook the gag for a crime in progress, Chino police Sgt. Mark Layton said. They called police report they had just seen a woman carrying a dead body.

Officers investigated and determined that there was no body, and the incident was all a misunderstanding, he said.