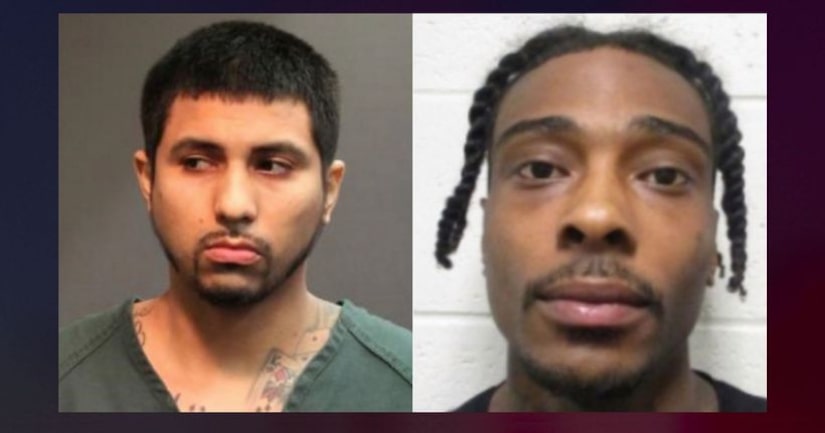 The incident was reported at about 6:25 a.m. on March 11 when police allege Gilberto Trevino (aka Tony Rodriguez) and Jordan Ozen collaborated to rob a home along MacArthur Place.

Trevino, 24, who is an acquaintance of the victim, had just left the victim's home when Ozen, 25, allegedly forced his way in before she could close the door, according to Santa Ana police.

Trevino apparently ignored the victim's cry for help and walked away.

Ozen is accused of assaulting the victim with a Glock handgun, zip tying her hands together and dragging her by the hair while he ransacked her home for money, jewelry and marijuana, police said.

A search began for the suspects, who both have ties to Texas, Colorado and Nevada.

Trevino was arrested on Wednesday, nearly two months after the incident. He faces robbery, kidnapping to commit robbery, burglary and assault with a deadly weapon charges, police said.

Orzen was also arrested on suspicion of the same crimes in Las Vegas by the FBI Fugitive Task Force.

Bail for each man was set at $1 million, according to police.