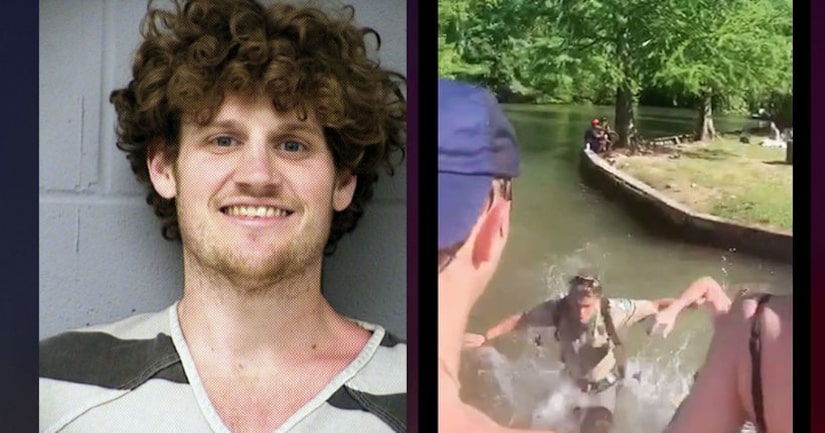 AUSTIN, Texas (KXAN) -- A park ranger who was trying to disperse a crowd on a sunny Thursday at Lake Austin says he was pushed into the water.

A video shared on social media appears to show the ranger speaking to the crowd and asking them to keep six feet of distance between them to help stop the spread of the coronavirus. The video then shows a man run up and push him, sending both men into the water. The suspect then climbs out of the lake and runs off.

According to an arrest affidavit, police responded to a call around 4:54 p.m. Thursday and were sent to Commons Ford Park. The ranger reported he had been trying to disperse a crowd of people who were unlawfully smoking and drinking in the park, police say.

Brandon James Hicks, 25, was arrested and faces a charge of attempted assault on a public servant.

Snapchat video of the push taken by witness - via KXAN: