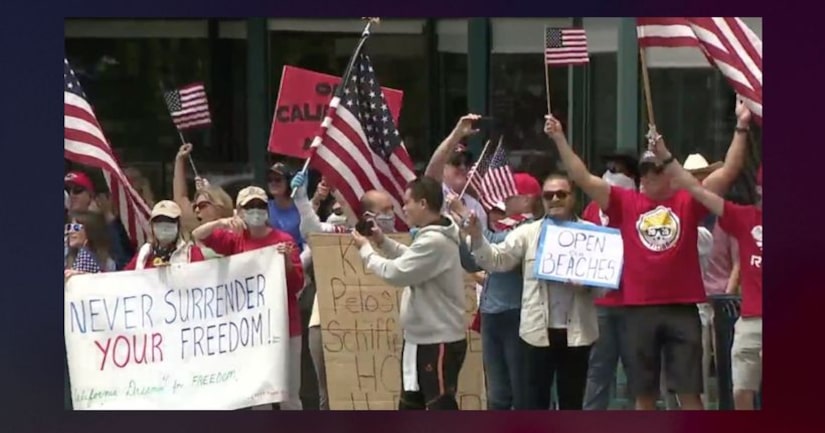 SAN DIEGO (KTLA) -- With protesters taking to the streets urging the loosening of California's stay-at-home orders, law enforcement agencies have made at least two arrests and may press charges in one case.

In San Diego, a woman who police say organized a weekend protest could face a misdemeanor charge for allegedly encouraging others to violate stay-at-home orders meant to slow the spread of COVID-19.

A police spokesman said the department forwarded the case to the San Diego City Attorney's Office for review on Tuesday. The move comes after some, including civil rights activists, questioned why police did not cite protesters last weekend for ignoring the orders.

A misdemeanor conviction could result in up to six months of jail time and fines of up to $1,000. As of Monday, the City Attorney's Office had not received any cases related to violations of the orders, a spokeswoman said. The office declined to answer questions Wednesday about whether the case had been received or charges had been filed.