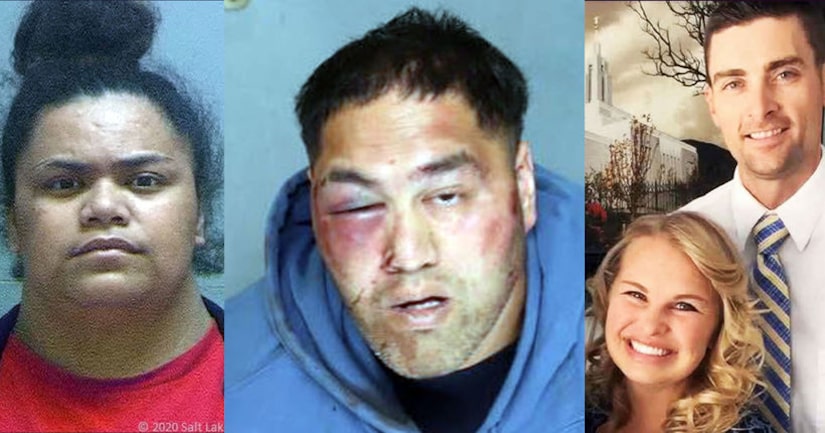 WEST JORDAN, Utah (KSTU) -- Charging documents filed by prosecutors Thursday show Albert Enoch Johnson once tried to get a job at Tony and Katherine Butterfield's successful landscaping business before they were killed.

Johnson is the prime suspect in the shooting deaths of the Butterfields in their West Jordan home early Saturday morning.

Prosecutors accuse Sina Anne Johnson of helping her husband clean up after the murders on April 18. She was arrested Monday.

Sina Johnson admitted that her husband “was familiar” with the Butterfields because he “had attempted to obtain a job with their company at one point,” according to charging documents. The Butterfields owned a landscaping business and lived approximately four minutes away from the Johnsons, the Deseret News reports.

Charging documents allege Albert rushed home hours after the murders and told Sina “someone stabbed him and that his life was over.” Sina told police that she threw away her husband's bloody clothes, shoes and a sheet believed to be involved in the homicide. She also admitted to cleaning up their apartment because there was “blood downstairs on the hallway walls, and in the bathroom.”

Sina later showed detectives where she had thrown away the bloody evidence. She's charged with a felony.

Albert Johnson was expected to be charged Friday or early next week for the homicides. He was arrested in California on Wednesday. 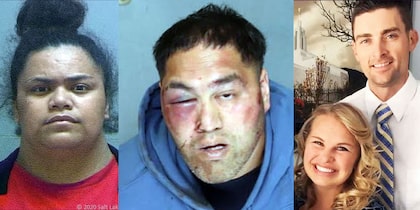 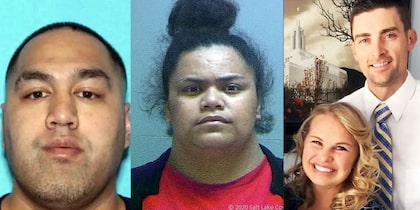